The over D18 million European Union-Child Fund three-year water and sanitation project for the West Coast Region Wednesday phased out with the construction of 29 wells for communities within the region.

The handing over of the 29 wells to the beneficiary communities, which was held at Kassakunda village in Kombo Central district, included two days of information sharing on the project’s achievements, challenges and lessons learned.

Village Development Committees, youths, as well as politicians were engaged in a series of educational activities all geared towards improving operation and management of water facilities, personal hygiene and sanitation in the intervention communities.

Speaking at the handing over ceremony,  Eustace Cassel, National Director Child Fund The Gambia who also doubles as the chairman of the steering committee for the project, said the ceremony marked the celebration of success in improving the quality of life of the poor, vulnerable, deprived and marginalized.

Calling on the beneficiaries to maintain the wells, Cassell noted that the success of the projects depended on the sustainability of the wells, which can serve the communities for more than ten years.

According to him, his organisation has been contributing to reduce water-borne diseases and other ailments which affect communities as a result of reliance on a bad source of drinking water.

"As we celebrate today, we should also reflect what will happen in the next ten years to come, and Child Fund will continue to commit itself to help improve the living condition of the communities, women, youths and children," he noted.

Mr. Edrisa Sanyang, the project manager, outlined the objectives of the project, which he said seeks to empower women, reduce the number of people without access to safe drinking water and sanitation, and foster the overall improvement of the health and well-being of the people.

Sanyang highlighted some of the capacity building developments undertaken by his project, based on the sustainability of the wells which include training of six pump technicians, village motivators, and water management committees.

Alhagie Lamin Sanneh, Governor of the West Coast Region, who spoke on behalf of the beneficiaries, commended the EU-Child Fund through their six affiliated federations in his region, for the timely intervention.

"Traditionally, we were using open line wells, but today that is history," Governor Sanneh stated. He urged the beneficiary villages in his region to make best use of the wells, adding that the project is owned by the communities themselves.

As part of the handing over ceremony, a quiz competition was held with questions and answers on the importance of water and sanitation. Prizes were given to the winners.

The ceremony also witnessed the presentation of certificates to the project steering committee members, village motivators, among others.

Other speakers included Dr. Werner Kuepper, Director of projects and programme Child Fund Deutschland; Ms. Ellen Schiller, administrative and finance manageress, and a representative of the Director of Water Resources.

Isatou Tombong Njie of Kassa kunda village gave the vote of thanks on behalf of her village, while Edrissa Cham, Saamasang Federation Manager, chaired the two ceremonies. 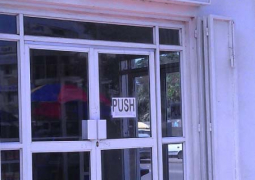 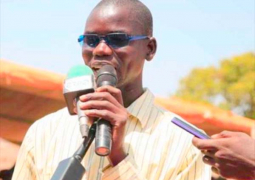