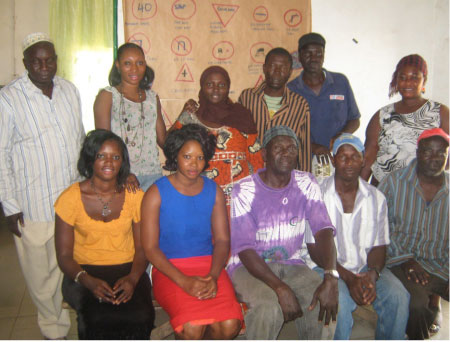 The Department of Forestry last Tuesday ended a five-day nationwide training for their staff drivers and motorcyclists on various traffic regulations and its implications.

The training, which was held at the various regional forestry offices in the North Bank Region, Central River Region, Lower River Region and the West Coast Region, was aimed at empowering staff drivers and sensitising them on the dangers of traffic regulations and the need to respect the laws governing traffic regulations.

According to him, respecting sign boards is a way of securing one’s life and for the betterment of all and sundry.

The training, he said, also covered code of conduct in driving motor vehicles and motorcycles on the road, adding that there is a need for care and concern for the welfare of the life of the people.

For his part, Lamin Sanyang, assistant communication officer at the Department of Forestry, thanked the department for coming up with the initiative, saying that it is one way of reducing the number of incidences regarding traffic regulations and other related matters.

Kebba Faal, the chief driver at the Department of Forestry commended the management of the department for giving them the opportunity.

He expressed appreciation on behalf of all the drivers at the department in the manner in which the training was conducted and then commended the participants for their sense of patriotism and contributions.