Small, fast growing wild fish could be crucial allies in the race to end hunger in some of the world’s most chronically poor and underfed regions, according to a new FAO report on fisheries in the drylands of sub-Saharan Africa.

Water is an ephemeral resource in Africa’s dryland regions, with water bodies forming and disappearing in a relatively short period of time. Despite this, fish - some of which weigh as little as a few grams at maturity - can survive and thrive in these environments, meaning the continent’s dryland fisheries are in fact highly productive and resilient, the report says.

Output from dryland fisheries fluctuates due to climate trends - mainly low and above all uncertain rainfall -but productive potential is very high in smaller water bodies, some of which appear only once a decade but can produce up to 150 kilograms of fish per hectare per year. Together, these small water bodies cover a much larger area than the sub-Saharan region’s lakes and reservoirs.

Properly managed, these bodies in southern Africa alone could produce 1.25 million tonnes of fish -- half the total recorded inland fisheries yield of the entire continent, the report found.

While the small-scale fisheries sector is often neglected by policy makers, and even dismissed for its inability to generate wealth, it can be very efficient as a buffer resource. When mixed with crop and livestock activities allows for resilient and diversified livelihoods in an unpredictable environment, say the authors of Fisheries in the Drylands of Sub-Saharan Africa.

Fish offer a nutritional punch, delivering the cheapest form of animal protein as well as amino acids, fats and micronutrients that are otherwise hard to obtain in the sub-Saharan drylands, where reported per capita fish consumption is much lower than the Africa-wide average of 10 kilograms per year.

How can you get fish in a dryland?

“Fish are incredibly productive when conditions are right,” according to lead author Jeppe Kolding, a professor of biology at the University of Bergen in Norway. Their egg-laying capacities made them “more like insects than other vertebrates,” he said.

Half of sub-Saharan Africa consists of dryland areas, where surface water fluctuates widely and ecosystems are adapted to unpredictable precipitation.

Indeed, Lake Ngami in Botswana and Lake Liambezi in Namibia were both dry for more than two decades while today they are characterized by outstanding fish yields. And dryland fisheries - by definition highly variable - can produce up to four times the amount of fish as a large tropical lake or reservoir, according to the report.

Just how fish survive such daunting habitat changes - Sudan’s Khasm el-Girba reservoir is flushed dry every year but fish always rush back - is not fully understood. Clarias gariepinus - African catfish - can survive by burying themselves in mud, while other species evidently find refuge in small nearby streams, both strategies that, thanks to the roller-coaster demography allowed by fish fecundity, fit the common local claim that “fish come with the rains.”

A practical path to increase the benefits of dryland fisheries

While fisheries cannot be a magic bullet for the 390 million people who live in Africa’s dryland areas, they have a key role delivering Blue Growth, because they can be leveraged to provide multiple benefits.

The massive productive potential of dryland fisheries represents a critical asset - dietary protein and economic option - in a region where food and nutritional needs are unlikely to be satisfied by agricultural development alone.

Exploiting it will require recognition of fisheries in dryland water management, food and nutrition policies. Further benefits could be had if adequate processing and storage facilities were introduced, as sun-dried fish caught in a boom year can last for years and could be tapped as a local supply for emergency food rations around the region. 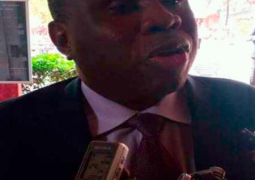