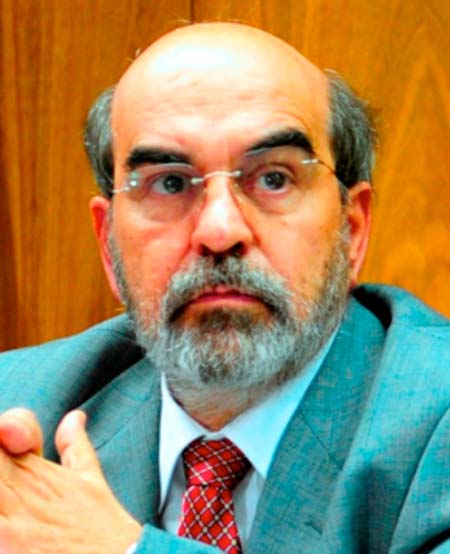 Ensuring better nutrition for all and transforming the world’s food systems to ensure their future sustainability represent the two greatest challenges facing FAO, as it renews its mission to free the world from hunger and malnutrition, the UN agency’s Director-General said on 14 November.

At a ceremony commemorating the 70th anniversary of FAO’s founding in Quebec City, organized by the Quebec government, Graziano da Silva said: “Our responsibility is growing day by day, and today our mission and mandate remain more relevant than ever,” referring to the new global goal of ending hunger by 2030 adopted by the international community in September.

“And FAO has proven its ability to adapt to a changing world and respond to new challenges,” he added.

The FAO Director-General began his speech by expressing sadness and shock at the recent terrorist attacks that clouded the ceremony on Saturday.

“They took place in Paris and Beirut, but they hit all of us around the world,” he said, “regardless of where we are and of whom we are. My solidarity goes to the victims and their families,” he added before turning to the topic of the event.

Vision for a future without hunger

Speaking at the Chateau de Frontenac on the banks of the Saint Lawrence River where heads of states gathered in 1945 for the first FAO Conference and pledged to unshackle humanity from hunger, Graziano da Silva praised the vision of the agency’s founders.

“Their vision has allowed for agriculture to be considered as the key to human development, and for the world to realize that the international community is able to address the problem of hunger and malnutrition globally,” he said.

Attending the ceremony, the Prime Minister of Quebec, Philippe Couillard, said: “The challenge of creating food security for all in the 21st century is more relevant than ever, as climate change affects both the areas and the ways of producing food.

“I wish FAO every success in the achievement of its development objectives -- its expertise is key to global agricultural resilience in response to climate change,” he added.

That a world with Zero Hunger is not just a dream, but something than can be realised is evinced by a number of significant achievements made over the past 70 years, Graziano da Silva said.

While the world’s population tripled over that period, food availability per person rose some 40 per cent, he noted, adding that since 1990, 73 out of 129 countries that FAO monitors have halved the proportion of hungry people in their populations.

Another milestone was the global eradication in 2010 of Rinderpest -- a lethal cattle plague that for centuries decimated herds and jeopardized the livelihoods farmers worldwide -- following a decade-long campaign by FAO and partners.

Similar ongoing efforts have seen great strides in the containment of desert locusts, an age-old threat to crops and food security.

In the realm of fisheries, Graziano da Silva pointed to the FAO Code of Conduct for Responsible Fisheries as a major achievement with lasting global effects.

From responsible fishing practices to improvements in safety, labeling and trade, the Code covers virtually all aspects of the fishing industry and has guided government policies on all continents to the point where most countries today have fisheries policies and legislation compatible with the Code.

FAO has also advanced global food safety in partnership with the UN’s World Health Organization via the Codex Alimentarius, which provides standards and guiding principles for food producers and retailers to ensure the safety, quality and fairness of international food trade, said the FAO Director-General.

He also highlighted the FAO-brokered International Treaty on Plant Genetic Resources, which is playing an important role in ensuring the preservation and sustainable use of seeds of food crops and their wild relatives, harnessing their genetic diversity for the food security of future generations.

But regardless of these and many other successes, “We all know, the fight is not over yet,” the FAO Director-General said, emphasizing that around 800 million people all over the world still suffer from hunger today.

“We are faced by many crucial challenges, and the greatest are two,” he said.

“First, we must quickly translate increases in food availability into better nutrition for all. Second, we must work faster to alter food production and consumption and create truly sustainable food systems,”

The dream expressed by FAO’s first Director-General, the Nobel-prize-winning nutritionist Sir John Boyd Orr, that “every man, woman and child should have the food he needs to be really healthy” lives on in the new global goal to wholly eradicate hunger by 2030.

Graziano da Silva said: “And it is my dream to celebrate this success at FAO’s 85th birthday -- a world without hunger, without children stunted or malnourished, a world where all are entitled to adequate food and can produce food sustainable.”