Fresh charges have been brought against the former Inspector-General of Police, Ensa Badjie, at the Banjul Magistrates’ Court before Principal Magistrate Emmanuel Nkea.

Ensa Badjie, who appeared before the court yesterday, was charged alongside Tijan Badjie, officer commanding prosecution Banjul Division, on four counts of conspiracy to defeat justice and interference with witnesses, abuse of office, deceiving witnesses and destroying evidence. Both denied the charges.

The charge sheet on count one stated that Ensa Badjie and Tijan Badjie, sometime in 2008 in Banjul and other places in the Gambia within the jurisdiction of the court, conspired among themselves to falsely accuse Burama Dibba of having committed the offence of giving false information to a public servant, contained in charge number B/ 85/08 before the Banjul Magistrates’ Court.

Count two read that Tijan Badjie, sometime in 2008 in Banjul within the jurisdiction of the court, being a police prosecutor in the case of Inspector General of Police versus Musa Suso before the Bundung Magistrates’ Court, knowing that an investigation report of the panel that investigated the said Musa Suso was required in evidence, wilfully concealed same with intent thereby to prevent it from being used as evidence.

Count three stated that Ensa Badjie and Tijan Badjie sometime in 2008 in Banjul within the jurisdiction of the court, being employed in the public service as police officers, abused the authority of their office and did or directed to be done, arbitrary acts prejudicial to the rights of others to wit maliciously arrested and caused the prosecution of Burama Dibba for the offence of giving false information to a public servant.

Count four also stated that Ensa Badjie and Tijan Badjie some time in 2008 in Banjul and other places in the Gambia within the jurisdiction of the court, knowing that Musa Suso may be called as witness in charge number B/85/08 Inspector General of Police versus Burama Dibba, deceitfully tried to convince the said Musa Suso to give evidence against Burama Dibba.

“In fact, the accused persons served the police for a very long time without any problem, during the course of executing their duties,” he said.

Defence counsel further submitted that the first accused is standing trial in a separate matter, but notwithstanding, the court has jurisdiction to grant the accused persons bail.

The case was adjourned till today for the state to reply to the defence bail application. 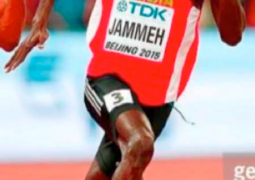