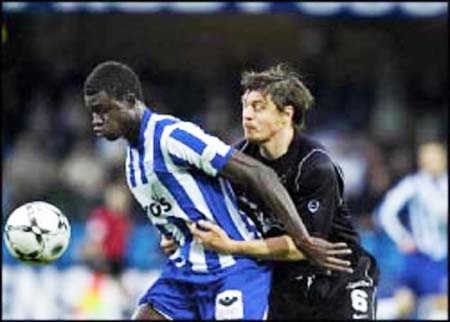 Njogu Demba and Danish first division side have recorded successful club friendlies ahead of the second period in the club’s second highest league.

beat Kobenhavn 5-1 and held Sonderjyske to a 2-2 draw before seeing off to a 3-0 score-line during last Wednesday’s club friendlies.

The club has lined up another friendly against HB Koge on Saturday 25 February before resumption of the second period of the first division, where they are so far leading with 35 points in 14 matches. They will play Vestsjaelland on 5 April at the Blue Water Arena.

Gambian international Demba, who scored his first goal upon his return to the Blue Water Arena last October, has vowed to lead the front in pushing back to the Superliga, the Danish highest league, after the striker signed a new deal with in December.

The Gambian striker was involved in negotiation with the club hierarchy over renewing his deal that elapsed last December following his return to the side after strings of spells.