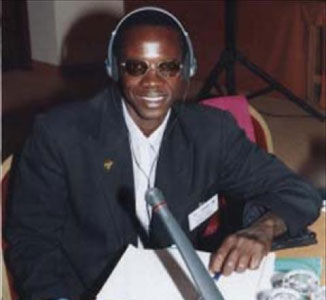 In today’s edition we speak to Mr Kawsu Jammeh, project coordinator for the Program of Work on Protected Areas (PoWPA), and find out how protected areas can mitigate the harmful effects of climate change.

PoWPA is an initiative started in 2004 by signatories of the Convention on Biological Diversity (CBD), an internationally legally binding treaty established at the 1992 Earth Summit. PoWPA is a series of commitments made by an international cooperative framework of governments, donors, NGOs and local communities to manage the development of national and regional protected areas in a participatory and ecologically representative fashion.

The initiative has resulted in some genuine progress. A total of 6,000 new protected areas have been established worldwide since 2004, covering an area of more than 60 million hectares. This brings the total number of protected areas to around 130,000, covering almost 13% of the world’s surface and over 6% of territorial marine areas. But real challenges remain, partly thanks to the global effects of climate change.

The core issue of climate change is global warming. This is caused by higher atmospheric concentrations of ‘greenhouse gases’, mainly as a result of man’s economic activities. These gases predominantly comprise CO2, but also include water vapor as well as other gases present in much smaller quantities, such as methane and nitrous oxide. These gases have the ability to trap some of the sun’s radiation within the atmosphere, rather the like the glass panels of greenhouse.

This is the so-called ‘greenhouse effect’. As a result, the earth’s surface is warming and will continue to do so unless something is done quickly to drastically curtail, if not eliminate, the emission of these offending gases.

Mr Jammeh says: “Rapid development of the world’s economy has established a deadly problem that has steadily grown over the past century.”

During this period the world’s population has increased from about one billion to six billion people. The dramatic growth in global industry, coupled with unsustainable agricultural practices, has degraded forest cover, contaminated water bodies and wetlands, polluted underground waters and overloaded the atmosphere with carbon-trapping gases causing the world’s temperature to rise.

According to Mr Jammeh, the Global North is responsible for emitting 80% of the carbon into the atmosphere, largely at the expense of Global South which suffers the most. Countries such as The Gambia, China, and Bangladesh are located on low-lying landscapes prone to climate change induced disasters such as flooding. It is clear that climate change is affecting us. What remains uncertain is our willingness to take the right steps to prepare for the worst moments.

To Mr Jammeh, any person or nation that underestimates the risk of climate change-induced problems is just not willing to fight this global enemy.

“We should all understand the importance of having free access to resources and a healthy environment that can provide security for communities. A healthy environment is essential in terms of providing basic human needs and building community resilience to withstand the shocks from climate change,” says Mr Jammeh.

The oceans are rising and seriously eroding the coastline of Jinack Islands in Niumi National Park and Brufut Beach in Tanji Bird Reserve. The mangrove ecosystem is also retreating, causing a harmful increase in salinization. The annual flooding and extreme weather conditions are clear symptoms of climate change.

The nation needs to do more to properly manage its land for future security and tourism development. By doing so, the country will be able to continue even within a disastrous situation. As the country re-focuses on its land assets to produce more food to feed its growing population, there is an absolute need to manage the protected areas for the sake of food security.

The country therefore urgently needs better agricultural productivity through sound soil conservation and a wealth of livestock with access to adequate fodder. It also needs a healthy environment to help prevent the spread of disease and a beautiful wildlife population within multiple protected areas for recreation purposes.

As members of a striving country, the people of The Gambia should work together to address their problems. The PoWPA project is one way of doing this as it offers a way to foster greater resilience to climate change.

Biodiversity conservation and preservation has emerged as the most important practice that can curb or minimise the impact of climate change in the 21st century. Communities and individuals are therefore also encouraged to establish Protected Areas.

Today we are all well aware of the fact that our forest is disappearing, our lowlands and wetlands are facing sedimentation, soil fertility is decreasing, fish stocks are being depleted and biodiversity is being lost.

The citizens and residents of The Gambia have a great responsibility for the future. It is incumbent upon us to decisively, collectively and individually act now to prepare for the inevitable. The best action is to protect the environment around us so it can continue to give us food, water, safe shelter, medicine and save us from the ravages of climate change.