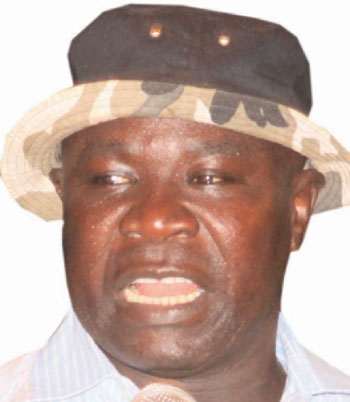 The national mobiliser of the ruling APRC party has said the proposed controversial amendments to the Elections Act can only keep “ghost political parties”, those destined for failure, out of the race.

Yankuba Colley, who is also the mayor of the Kanifing Municipality (KM), said most of the political parties in The Gambia are “dormant and the few semi-functional ones are only active when election approaches; such parties should not use the proposed amendments as scapegoat.”

Among other things, the amendments to the Elections Act – the principal law that governs the conduct of elections – provides for a D1 million registration fee for political parties. It also obliges presidential candidates to pay D1 million for their candidature to be endorsed by the Independent Electoral Commission (IEC), in each presidential election.Previously, it was D10,000.

The amendment bill was supposed to be tabled by the Attorney General and minister of Justice, Mama Fatima Singhateh, on 23 June, for approval or rejection by the APRC-dominated National Assembly, but this was deferred to 30 June 2015, with no explanation or reason given to the news media.

Mayor Colley said though he did not have a chance to go through the amendment bill, “the prevailing situation is that people form political parties and do nothing after that.”

“They don’t even engage in elections,” he said. “But when presidential elections approach, they start to go around to see how best to raise funds for their personal gain.”

According to the APRC national mobiliser, even with the D1 million non-refundable deposit proposed in the amendment, The Gambia still has the least deposit for presidential candidates.

“If you go to our neighbouring country, Senegal, their presidential candidates pay about D5 million, if you convert the CFA to Dalasi,” he said.

However, economic statistics indicates that the Senegalese economy is much bigger than that of The Gambia, but Mayor Colley said that is not an issue.

For Major Colley, the proposed amendment has no intent to kill multi-party democracy as the opposition claims. He said the amendment will only debar parties that are individualised.

“So whosoever formed a political party to individualise it, obviously the deposit will look very painful on you,” he asserted.

The APRC national mobiliser said people should know that the presidency should not be cheap.

“If you go to other countries, their payment is bigger and higher than us; you cannot even compare it with one million dalasi,” he argued.

On the issue of resident executives for political parties, Colley said that should happen even without the law providing for it, because political parties are formed by Gambians for Gambians.

“This is where The Gambia is; this is where the parties should be. How can you form a party and be operating outside and you call that a political party for Gambians?

“Yes, you can have chapters outside The Gambia, but your main executives should be in The Gambia; otherwise, how can you perform, how can you operate, how can you have the sympathy of the people you intend to rule? You want to tell me parties in Senegal have all their executives based in France,” he added.

On the issue of having administrative offices in all the regions, again Colley said that is long overdue because every credible political party should have regional structures in place in all the administrative areas.

For the APRC, he said, in any village in this country there is an APRC committee with a chairperson, vice chairperson, mobiliser, and other responsible activists.

The APRC is accused of using offices of regional governors and mayors for political activities, but Colley said that is not the case.

“The APRC offices in the regions are different from the governors’ offices and, even if it is true that we don’t have regional offices, when the amendment is passed, we will go out to look for one because the law applies to all political parties, including the APRC.” 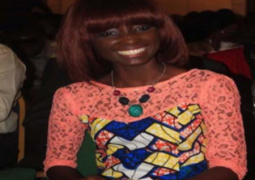