The Gambia Ports Authority has issued a Statement of Compliance regarding the International Ship and Port Facility (ISPS) Code. This is in reaction to the United States Coast Guard’s announcement that it will impose conditions of entry on vessels arriving at its territory from The Gambia.

The full statement of the GPA reads:

The Management of the Gambia Ports Authority (GPA) wishes to bring to the attention of all stakeholders in the international maritime industry that the GPA has been issued with a Statement of Compliance by the Designated Authority, the Gambia Maritime Administration.

The corrective measures implemented by the GPA in this regard, resulted in the Update of the Port Facility Security Plan for the Port of Banjul, which warranted the Designated Authority, being the Gambia Maritime Administration, to issue a Statement of Compliance to the Port of Banjul.

It may be of interest to note that some of the corrective measures implemented by the GPA include, but not limited to:

• The appointment of an independent Recognized Security Officer (RSO), IMS from UK in September 2014 to conduct an Update of the Port Facility Security Plan (PFSP) for the Port of Banjul. The appointed RSO in the person of Geoff Greaves submitted an Updated PFSP for the Port of Banjul to cater for certain developments in the layout of the Port Facility. The Updated PFSP is in compliance with SOLAS Chapter XI-2 and ISPS Code Parts A and B with Reference No: 963-1 Issue No:2 dated September 2014.

• The Designated Authority, being the Gambia Maritime Administration, thereafter issued a Statement of Compliance to the Port of Banjul after conducting a Facility Assessment Plan with a Statement Number 001 dated 18th December 2014 with validity up to 17th December 2019.

• According to the stipulations of the PFSP:

o All restricted and vulnerable areas as stipulated in the PFSP have been marked with the appropriate Post Signage Warnings.

o ID Cards have been issued with the relevant inscriptions to all port personnel and port users.

o Security training for Port Security has been conducted by an independent security firm, Audinba.

o Security training and drills are being conducted at prescribed intervals for port personnel and port users.

o The Port Facility Security Committee comprising port personnel, state security agencies stationed at the Port and representatives of shipping companies has been inaugurated in January 2015.

o The Port Facility Security Officer (PFSO) has been trained in accordance with the requirements of the ISPS Code.

o The Declaration of Security Forms are being filled out by the PFSO for all ships entering Banjul Port prior to being granted clearance.

• The Designated Authority has updated the International Maritime Organization’s (IMO) web site on its Global Identification of Shipping Information Systems (GISIS) giving information about the Statement of Compliance by the Port of Banjul on the ISPS Code requirements. 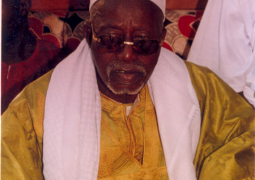 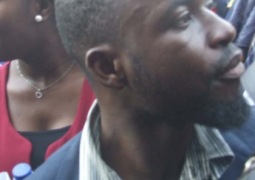