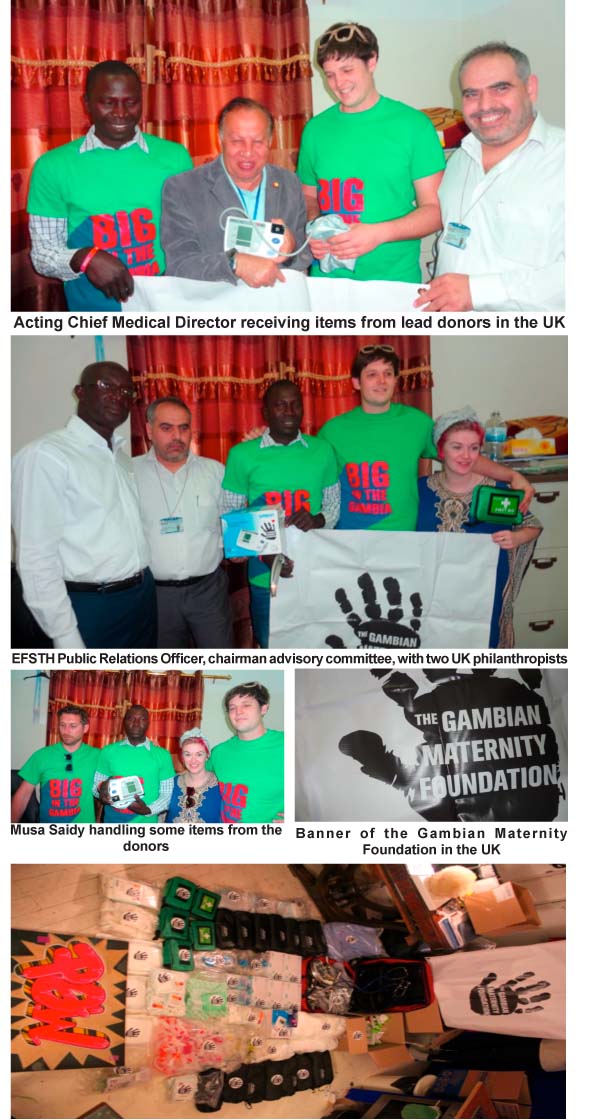 Edward Francis Small Teaching Hospital (EFTH) in Banjul on Tuesday received a donation of medical items worth one thousand pounds sterling from The Gambian Maternity Foundation based in the United Kingdom.

The donation was part of the foundation’s contribution toward boosting the health sector of The Gambia by supporting the maternity ward, in particular, at the Edward Francis Small Teaching Hospital.

The presentation was made in collaboration with Affecting Real Change a UK-Gambia registered charity.

Speaking at the presentation ceremony held at the EFSTH in Banjul, the secretary general of Affecting Real Change a UK-Gambia charity, Musa Saidy, described the donors as “partners in development” whose aim is to boost the Gambian health sector, by improving the maternity ward at Edward Francis Small Teaching Hospital, EFSTH.

Mr Saidy expressed joy to have this kind of philanthropist in The Gambia whose aim is helping the Gambian people in boosting the country’s health sector.

He commended the Gambian Maternity Foundation in the UK headed by Jess James Farmer and LARA Bell, the initiator of the project in the UK, for the donation, which he said was geared towards complementing the government’s efforts in ensuring effective health service delivery in The Gambia.

Mr Saidy acknowledged the donor’s efforts in organising fund-raising for the foundation through cycling, among others, over the years with a view to invest the funds in The Gambia’s health sector, especially at the maternity ward at the EFSTH.

“The people of The Gambia are very much appreciative of your contribution to boost our maternity ward at the EFSTH in Banjul,” he added.

He spoke of the reason that inspired the donors to come and support The Gambia’s health sector.

The items are meant specially to support the maternity ward of the EFSTH, he went on, and assured the donors that their doors are open to receive such philanthropists like them, who want to support the health sector and the children.

The Acting Chief Medical Director at EFSTH, Mustapha Ibrahim Khalilou, acknowledged the gesture and commended the donors for their benevolent gesture in supporting the maternity ward of the hospital.

He said the donation was long overdue, as the items would address some of the needs and aspirations of the hospital as this is the only referral hospital, where much of the cases are referred to.

He thanked The Gambian Maternity Foundation in UK for boosting the country’s health sector.

“We are very appreciative of the gesture, and assure you that the donated items will be properly used for the intended purpose. We are also looking forward to collaborating with The Gambian Maternity Foundation in UK in the future,” he said.

The delegation’s team leader from the foundation, JESS Farmer, expressed pleasure to donate the items to the maternity ward of the hospital.

He said the foundation is out to support the less privileged, especially the maternity ward, adding that money was raised for the foundation through cycling in Mexico, among other fundraising activities in Europe.

He assured the management of the EFSTH that more items are in the pipeline to boost the health sector of The Gambia. 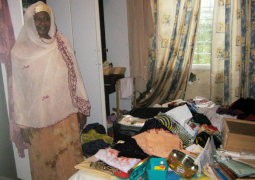