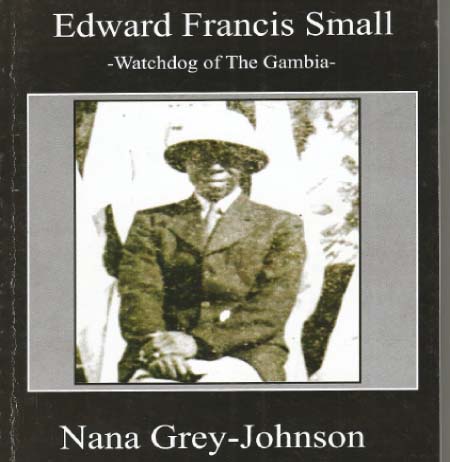 Nana Grey-Johnson
The profile of a great Gambian patriot
Nana Grey Johnson, the erudite writer, novelist and former Minister has released the second revised edition of his pulsating account of the great life of Honourable Edward Francis Small, arguably one of the greatest Gambians, and an icon for Gambian nationalist aspirations. The first edition came out in 2002 to much critical acclaim for among other things, the author’s exhaustive research on all facts and aspects of this great man’s travails and travels; his penchant for protecting the rights of Gambians against colonial excesses; and his undiluted dedication to the eradication of colonial rule and all forms of oppression. Nana ably highlights all these many obsessions of Pa Small.

In chapter one, he examines the early intrusion of the British in the Gambia and how they slowly but surreptitiously installed their guns and goons on the Island now called Banjul, which they had renamed Bathurst, after the Secretary for colonies in London. In chapters 2 and 3 the author gives an excellent description of the political, social and economic context in which Pa Small was born in 1891 to John W Small and Anne Eliza Thomas, an immigrant from Sierra Leone, and like John, an Aku, descendants of freed slaves. Thus began the extraordinary live of the greatest Gambian nationalist and patriot Pa E. F. Small.

In chapters 4 and 5 the author weaves a story of youthful exuberance of Pa Small (excuse the irony) as he grew up in the dark days of the First World War, how he had to relocate to Freetown because there was no high school in the Gambia, and his return to work in the European firm Maurel et Prom and later at the Wesleyan Mission, p.13. He soon won the respect of the Mission people and for this he was asked to open a mission at Balanghar, then a thriving riverside town in central Gambia which attracted a migrant and seasonal population of Lebanese, Europeans and Wollof. At Balanghar, Pa Small came face to face with the poverty, hopelessness and desperate living conditions of the rural people. Colonial rule was hard for each and everyone, but it was worst for rural people who had nothing- no access to education, health, social amenities.

In Chapter 6, 7 and 8 the author traces how he left Balangar after a scuffle with his White boss who accused him of using the Mission resources to do political propaganda, p.18. Sacked, Small came to Bathurst convinced that someone had to forego their privileges to stand against the injustices of colonial rule. He decided to be that Gambian and used all means possible to fight his fight for national liberation.

He used the newspaper he created in 1922 called the Gambia Outlook and his trade union movement to challenge colonial rule. The subsequent chapters, take us through how Small successfully took the anti-colonial struggle to other British West African countries through the National Council for British West Africa, how he forged linked with the great liberators at the time such as George Padmore and William Dubois. For talking to people who aspired to free the Africans, he was called a ‘communist’, p.38.

Nana takes usthroughthe political, journalistic and economic nationalistic predilection of Small, and how in the end he won the respect of even the colonizers who nominated him into the Legislative Council in 1947 in appreciation of all what he has done for his people.

But Pa Small was never a sell out, nor a puppet or a Quisling. He did not dine with the oppressor nor did he ever accept to eat the crumbs from their plates. He told truth to power fearless, outspokenly and with no malice intended. All he wanted for his people was liberation and dignity. The independent and lovely Gambia we all enjoy to call home today was built partly upon his sacrifice and dedication to duty, to country and people.

This is a riveting and extremely useful book which Gambians should read for in the life of Pa Small we see what total dedication to one country can brings for generations unborn. This is not a story of a reckless, pompous and foul mouthed nationalist leader as we had in many parts of Africa. This is the story of a humble, cultured and focussed patriot whose main drive was freedom for his oppressed people.

Previous:
Rape suspect sent to EFSTH for examination
Next:
I do not call myself a dancehall king, says EnC 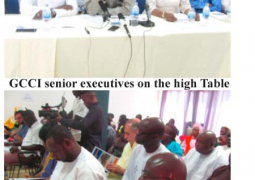