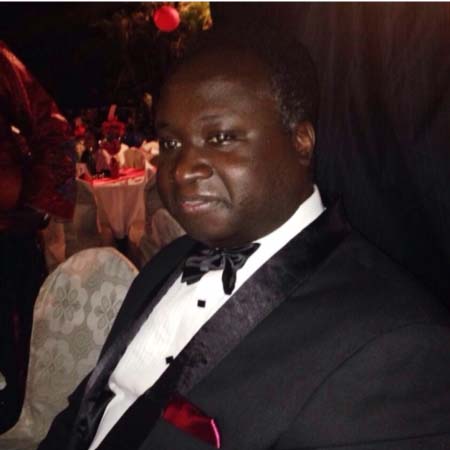 The Gambia Golf Association (GGA) on 1 April 2016 held its annual general meeting (AGM) at the Green Mamba Bar and Restaurant in Kololi.

Speaking on the occasion, Ebrima Jawara, President of GGA, said this time around, for the first time in the history of GGA, 2 years were being covered at the same AGM.

Mr Jawara recalled that in January 2015, the GGA among other national sports associations was de-registered by the National Sports Council.

He added that they were tasked to reapply for registration with the NSC once they had fulfilled certain conditions, saying their de-registration by the NSC curtailed their activities in 2015, as reflected in the low level of activities undertaken by the association.

They resent their application accordingly and were duly registered in January 2016, he said.

In February 2015 they renewed their MOU with Fajara Club for another 2 years, to end in December 2016, he further said.

GGA’s president Jawara said that in May 2015, thanks to a generous sponsorship from the Gambia National Olympic Committee, they were able to send 8 professionals and 2 amateurs to Senegal to take part in the Senegal Open and Trophe Cabinet Aziz Dieye.

“In September 2015 we received a consignment of the Rules of Golf and Rules of Amateur Status from the R&A, which came into effect on 1st January 2016. These have since been distributed to every member of the GGA, the Fajara Club Golf Section Members and a few others to the Resident Pro at Kololi Beach Club’s par 3 chip and putt”.

In February 2016 they were part of the organizing committee of the 2016 Qatar Cup, he said, and thanked His Excellency the Ambassador of Qatar for generously sponsoring the tournament, which is now one of the biggest in the golfing calendar.

“In February 2016, Mr Alan Collins and his wife were generous enough to offer sponsorship of Fajara Club membership to two junior golfers,” he pointed out, saying: “The Ambassador of Qatar has also offered to sponsor the 2 juniors with golf clubs.”

The GGA, in consultation with the golf professionals, will identify the 2 juniors that would benefit from the sponsorship, according to Jawara.In 2016, the GGA would work with the Secondary Schools Sports Association to expand the Nets for Schools Programme as well as restart the Academy at Fajara Club, he announced, saying they also intend to hold golf clinics in the coming months as well as the Gambia Open and Pro-Am in December.

He said further that their priority areas over the next 12 months will be to seek more corporate sponsors for their professionals to enable them play more competitions and tours abroad, increase GGA membership and work on constructing a golf driving range.

In his concluding statement, Mr Jawara thanked his fellow committee members for giving their time and personal resources towards the running of GGA.

He also commended members of the media for their continued support and coverage of GGA events and publishing of press releases during the past year.

Another delay in fraud case