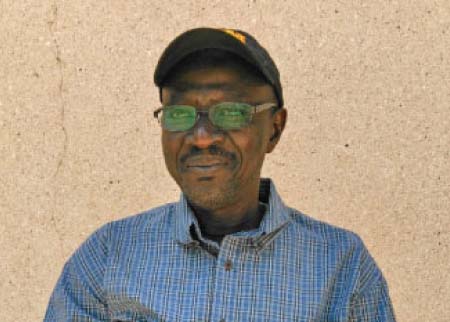 An Intervention Force is not necessarily a belligerent force: It can be a Peacekeeping force that comes in to save a situation from deteriorating into chaos or anarchy.

Whatever nomenclature we ascribe to the presence of ECOMIG forces on Gambian soil, the fact remains that – apart from receiving a mandate from the ECOWAS Heads of State to enter The Gambia in their capacity as a sub-regional force – they are an intervention force by all counts.

By definition, intervention here means “to come in between so as to hinder, pacify or modify”. ‘Inter’ means between, whilst ‘vention’ derives from the Latin venire meaning to come.

We had a situation where there were two adversaries or contending parties - not warring factions - with only one of the two being legitimately elected and the other having lost all legitimacy to continue to lead our dear country, following the December 1st Presidential Elections.

This recalcitrance by the losing party that had entrenched itself in power for some twenty two years and, therefore, had shaped the Gambian military to its taste – supposedly to act on his whims and caprices – sent signals to the entire ECOWAS sub-region that unless action was taken, things could deteriorate to a confrontation leading possibly to the loss of lives and property.

Initial diplomatic moves taken could be seen in the light of visits carried out by Ecowas presidents, the first of which involved Presidents Buhari of Nigeria, Ellen Johnson Sirleaf of Liberia, John Mahama of Ghana and Sierra Leone’s President Koroma.

This came to nought and subsequent visits did not produce fruits either. In the interim, the political situation was getting worse triggering an exodus of people into neighbouring Senegal, fleeing for their safety.

I never thought that the word ‘Refugee’ would, within the span of my life or even beyond, ever be applied to Gambians, but History is hereby made thanks to the intransigence of this self-made pariah.

Given the then status quo, and with the military positioning intimidating barricades in certain areas, and this state of affairs exacerbated by the fact that the former Head of State had completely repudiated the authority of the ECOWAS Heads of State, leaving them with no option other than to act otherwise, raised the need for an intervention force to quell the impasse.

Yes, to intervene, meaning to position itself between the Gambian people and whatever force Jammeh might have had at his disposal, and thereby save what might have been a bloody outcome.

I must at this juncture point out that the arrival of the ECOMIG forces must never be construed as an invasion force, but as a force that came to separate two parties with one of them protruding a belligerent countenance whilst the other, convinced of their legitimacy, stood by exhibiting all patience and waiting for the other to heed to the outcome of the Election Results, and thus yield.

This intervention has a difference: not one shot was fired. Its main objective has been met: Jammeh must go and Barrow must return and assume office.

This was achieved with commendable promptitude, but let me hasten to say that the Gambia National Army facilitated this scenario, and if no shots were fired it was also due to the diligence they demonstrated in endorsing what was universally accepted as the slogan: “Jammeh must go”.

If we feared them in the beginning, they showed us in the end that we had no cause to feel threatened by an armed conflict.

I must point out too that an intervention force does not just evaporate into thin air when, in the case of The Gambia, one of the parties succumbs and recedes allowing the other to take over. This force, benign in nature, must stay for different reasons among which are chiefly, working in tandem with the National Army to ensure the stability of the State, and if need be reintegrate pockets of elements that might have been loyal to the outgoing President and still present in the army; any other surgical operation carried out for purposes of weeding out any faction that could pose as a threat to the stability of the State. This is done, of course, with due consultation with the current Head of State and his Gambian Military Aides.

The duration of their stay is a matter to be decided by circumstances surrounding, principally, the stability of the State and its people against internal or external aggression. It is Gambia and Gambians that will gain the most should the authorities decide to keep them, for whatever length of time they consider appropriate.  Not much fuss is going to be made over their presence, so long as we see them as a benign intervention force: we might not have achieved our aspirations had they not intervened, and the recommendations I heard from the song composed by the kids in Banjul on New Year’s Day, when they paraded their Hunting singing, “Yaya Wachal, Barrow Torgal”, would only have remained a dream never, perhaps, to be realized.

The Military in the Gambia, as well as the Gambian Citizens have both contributed a lot to the success that the ECOMIG Forces are enjoying, and this is because both the Military and the Population had a common objective:  Lakayana with the Spear the Old Man gave him must go. There is, therefore, a combination of factors or indicators that lead to a successful operation by the, or any other intervention force anywhere. Authorities at the ECOWAS level must, therefore, eye the Gambian situation as unique. If these same forces were to operate elsewhere in the sub-region they may not achieve the same results as they made in The Gambia.

The indicators or factors mentioned above being the military and the population sharing the same objective are an integral part of any success – with minimum loss of life and property - by an intervention force.

Their stay, whether ephemeral or protracted, also depends largely on the existing cooperation between these two forces – the population and the military and the support given to them. Where the image of an intervention force anywhere is scarred is largely due to the lack of cohesion or common sense of purpose between the local army and the population, as in an ethnic or religious conflict. Many examples can be cited to bolster this fact.

The Gambian situation is a good case study that can serve as a reference for any other future intervention mission. So far, so good and this is depicted by the resumption of day-to-day activities and life already gone back to normal.

The indicators are already showing signs conducive to full recovery. This should be compared to other intervention missions that ECOWAS Heads of State had endorsed, and the results those missions achieved. There is a lot for them and us to learn from this intervention that has brought relative Peace and Stability, the premise for any meaningful Progress in our country.

Sheikh Tijan is author of the book entitled “The French Impact on Greater Banjul Area Wolof” that was published by Fulladu Publishers and launched on Friday, April 15 2016 at the Alliance Franco Gambienne.