On maintaining the NIA under another name

We welcome the move by President Adama Barrow to rebrand and reform the NIA, which was allegedly accused of mainly focusing on arbitrary arrest, long detention, torturing and even general abuse of human rights under Yahya Jammeh’s rule.

Maintaining the NIA under a new name, as disclosed by the President, is good, but the agency’s focus and responsibility should be redirected and redefined.

Under the new government, the focus should be on maintaining and safeguarding national security and sovereignty.

This is essential for the safety, progress and development of any nation, as similar security apparatuses are in almost every country around the world, including countries like the US, the UK, Russia, France and other big nations.

The current NIA should, therefore, be well-restructured to suit the well-being of the nation, and not to be used for witch-hunting political opponents, the press, journalists, religious leaders and private individuals, as obtained under the Jammeh regime.

As a matter of fact, those who are currently in the NIA should be properly screened and the unit should be rebranded to be more professional, in the interest of the nation.

Once again, we would like to commend President Barrow for having the foresight to reform the NIA for the good of the nation.

Those who will remain or appointed to serve in the institution should be motivated and accorded all the necessary support and facilities to execute their job professionally.

Furthermore, the Barrow government should also be security conscious on various fronts. For instance, people entering the country should be properly screened, as a national protection measure.

The Police, in particular, should also endeavour to continue their usual night patrols to keep the peace and security of the nation, as well as ensure the safety of individuals and properties in the communities.

A word for the wise is quite sufficient.

“No one can build his security upon the nobleness of another person.” 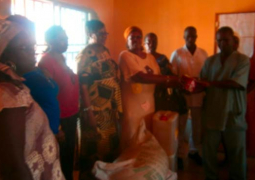