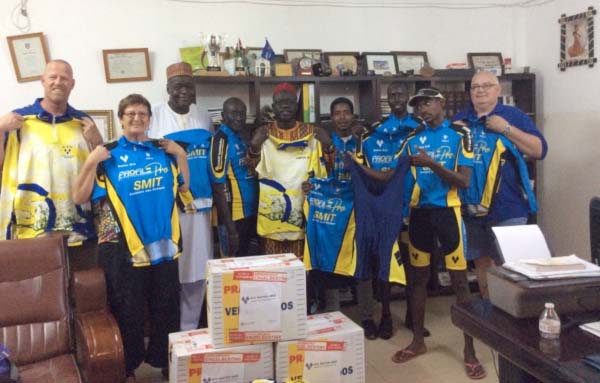 OOZT. NL, a Dutch charitable organisation, yesterday donated 10 boxes of cycling jerseys to the Gambia Cycling Association for the promotion and development of cycling in the country.

Speaking at the presentation, held at the Sahel group head office, along Kairaba Avenue, Hans Van Riet, one of the donors, said they got new sponsors who provided the organisation with cycling jerseys.

He said they are looking forward to contributing in the promotion of cycling in The Gambia.

Daniel Plyter, also a member of the charitable organisation, said they will also get the Gambia Cycling Association in contact with the cycling associations in the Netherlands.

Abdoulie Baks Touray, president of the Gambia Cycling Association, said the donation is timely as they are working to establish cycling clubs in schools as that is the foundation to any sustainable development programme in sports.

He said they have identified 20 schools in addition to the existing cycling clubs and few other clubs from the army and police forces.

Mr Touray assured that the donated jerseys would be distributed to the various beneficiary clubs to boost their uniform requirements and move the cycling programmes forward.

He said they have collaboration with the YMCA and together they will conduct the diabetes cycling tour which begins on November 14, the Babu Sowe West Coast cycling race on Christmas Day and the tourism cycling tour.

Mr Touray pointed out that the Gambia Cycling Association is also focusing on cycling for education, health and tourism promotion.

He said in this drive, they need more sustainable and cordial relation with associations like the Dutch charitable organisation. 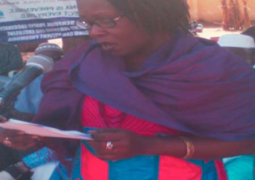