Sheihk Tijan Cham and Babucarr Gaye were recently arraigned before Magistrate Hilary U. Abeke of the Kanifing Magistrates' Court charged with attempting to commit a felony.

Both pleaded not guilty to the charge, and were subsequently granted court bail in the sum of D50,000 each with two Gambian sureties each.

According to the particulars of the offence, on 19 September 2010 at the in Bakau in the , the accused persons jointly jumped over the fence into the said school with an attempt to commit a felony to wit stealing.

The case was adjourned to 13 October 2010 for continuation. 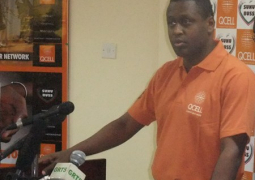