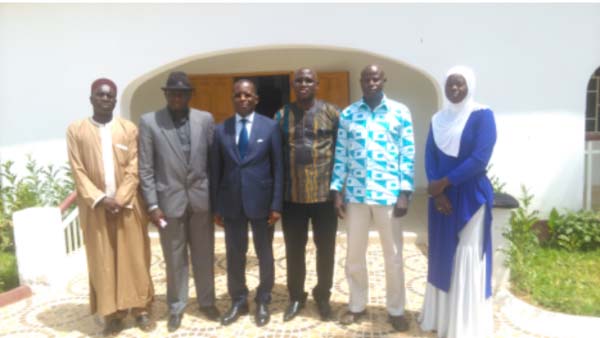 According to the secretariat, their visit to Senegal a couple of weeks ago was very fruitful so they can have a better chance to interact and exchange ideas during the forum, adding they met with the Senegalese prime minister who was very impressed by the initiative

According to Secretariat Permanent Senegalo-Gambia Ambassador, Paul Badji, the business network forum is an initiative that has been well and warmly received in Senegal by all stakeholders who intend to take a lead in this matter.

He disclosed that the reason for the postponement was that they want their counterparts to mobilize the public sector to prepare themselves and the participants with a concrete understanding of the forum.

Hon. Badji stated that the postponement of the forum will create an avenue for other business partners to register.

This will allow them to have everybody on board as part of the forum which will create an opportunity. He cited this year’s theme; ‘Building Networks of Business Opportunities’.

“There are many things we can do together, partnership is all about sharing,” he emphasized.

He said that among their expectations at the end of the two-day forum are to make a follow up and be sure that what is decided between the two countries is being implemented.

He concluded that registration is open to all business partners to be part of this rare opportunity for networking.