One Andrew Sambou of Siffoe village was recently convicted and sentenced to three years imprisonment for the offence of rash and negligent act causing death.

According to the facts of the matter as narrated by the police prosecutor, sub-inspector Musa Njie, the incident happened on the 14th June 2009, at Serrekunda. He said the convict was driving a motor vehicle BJL 1219B from Serrekunda and going back to Siffoe. Upon arrival at Brikama, the deceased, Ousman Jaiteh, was trying to cross the road and as a result he was knocked down by the accused.

He further narrated that the deceased was rushed to Brikama Health Centre and later referred to the RVTH. He added that the accused was subsequently arrested and taken to Brikama Police Station where he was cautioned and charged with the offence committed.

Following his plea of guilty to the offence, he was sentenced accordingly. 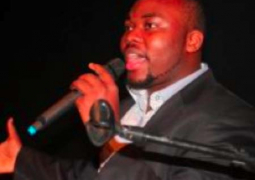