Dr Omar Jah, the deputy vice chancellor of the University of The Gambia, has recently bagged an appointment with the Organisation of Islamic Cooperation, sources told this medium.

After serving the UTG for about 15 years, Prof. Jah has finally resigned to take up his new job as the Pro-Vice Chancellor, Islamic University of Technology (IUT) in Dhaka, Bangladesh.

IUT is a subsidiary of OIC established to build capacity of IOC member states in the fields of engineering.

Shortly before leaving The Gambia at the weekend, Prof. Jah had an interview with The Point newspaper and below we produced the edited excerpt of the discussion.

Can you tell me your story? Who is Dr Omar Jah?

In a nutshell, Dr. Omar Jah, is a man with a humble beginning and currently a humble status.  I was born in Fass Omar Saho, a village in Lower Nuimi from two parents of farmers who hailed from Daarah background and did their best to inculcate in me cardinal virtues of daaarah (quality education based on revealed knowledge), which designed my road map and shaped my thoughts.

Can you tell us something about your educational career?

My beginning was the Qur’anic circle started from my village under my father’s supervision, ending by memorizing the Qur’an in an early age in Touba Belel, Senegal; later attended Muslim Senior Secondary School with a secondary certificate, proceeded to Algeria where I learnt French and obtained a diploma in techniques of Islamic propagation, and to Egypt where I obtained A Level, and BA from al-Azhar University, combining the Shari’ah and Law in classical Arabic in 1992. I later obtained Master of Comparative Law (MCL) specializing in Public International Law with a thesis on the Law of the Sea in 1995 and a Ph.D in 1999, both from Malaysia, and both the thesis and the dissertation were written in English.

Can you tell us about your journey with the University of The Gambia?

I joined the University of the Gambia in 2002 upon an invitation sent to me in Malaysia, where I was lecturing part-time at the International Islamic University (IIUM). I received the invitation from the first Vice Chancellor, the late Donald Ekong, to join the young University, and I positively responded

On one hand, upon my appointment as lecturer (I) in the Faculty of Humanities and Social Sciences I proposed to establish a department of Islamic and Arabic Language Studies, which was accepted. I developed the curriculum and headed the unit for six years. For over ten years, I had handled my full teaching, community service and research loads, publishing a number of articles and a book in peer reviewed journals and worked closely with both Vice Chancellors: Ekong and Steigen, particularly in their late days; and worked very closely with the third Vice Chancellor Muhammadou Kah in his entire tenure, the combination of which did allow me acquire enough academic and administrative experience, and to gradually and meritoriously attain my present academic and administrative ranks.

I, on the other hand, have served my technical supervision roles over all Deans and all administrative units for over five years, reporting directly to the Vice Chancellor; I have also been an active member of both the University Senate and Governing Council since 2006, participating in formulating different policies. During the period, I have chaired many technical committees, supervised many collaborative projects such as the African Virtual University (AVU, and the Erasmus Mundus KITE, and many more

And since the university is built on three arms: teaching, research and community service, combined with my inherently social traditional role of the one who proudly hailed from and was raised in daarah, mastering both Arabic and English languages with a reasonable ability in French, I had to involve in community service activities; giving public lectures and becoming a regular guest speaker at GRTS and, in that vein, I served as a columnist on The Point Newspaper, one of the leading, well-read and well-circulated newspapers in The Gambia. I still remember the late Deyda Hydara (may his soul rest in perfect peace), having attended one of my presentations at a symposium in Bakau, verbally inviting me to write for the newspaper, which I proudly responded to. So, from 2004-2010, I served as a columnist yielding a number of articles such as: “Democracy: Is it in a Dilemma?” the Iraqi Scenario; Is it an Islamic or Secular Fundamentalism? Islam and Science, so on and so forth

Can you brief us about your New Job?

As the subject indicates, I am now a Pro-Vice Chancellor of IUT, equal to an overall deputy vice chancellor supervising all academic, administrative, as well as financial activities; IUT specializes in different fields of engineering to build the capacity of member states. The position was advertised last year across the member states of the Islamic world, competed for by many candidates; I applied, was shortlisted finally with another professor from Senegal, called for an interview in Jeddah on June 1. 2016 and was, by the grace of Allah, able to secure it for The Gambia.

Let me seize this opportunity here to thank Allah, the Almighty first and foremost, to thank my parents for their sympathy for and intellectual preparation of my humble self, and to thank H E President Jammeh for giving a “no objection” to OIC for my appointment, which was a condition attached for the validity of the contract. I will remain committed to continue participating in whatever makes the Gambian youths, particularly intellectually and religiously grounded and enlightened through fostering collaboration, particularly with UTG, especially with the new Vice Chancellor who will have to face many challenges ahead.

However, my short interaction with him to submit my handing over notes and to brief him about the best way forward, followed by his initial steps shows that he is up to the job; he is both flexible, a good listener and very stern at the same time; he seems to be determined to reclaim the role of a strong Chief Executive Officer, which was gradually perishing; there is more hope now.

You have already had and will continue to have diverse experience from different parts of the world; can you tell me what are the essential values leading to your success?

Oh! Success goes with risks and failures; and no success without planning; because failing to plan means planning to fail. But before I give you the essential values as you put it, let me stress here that I prefer using the term virtues than values. Secular materialism has reduced many worldviews into a superficiality by substituting certain metaphysical terminologies with physical ones. I can say that my successes and failures have been shaped by the following four main virtues:  (a)-humility, (b) self-reliance, (c) self-criticism, and adoption of a role model in the person and living Sunnah of the Prophet Muhamad (SAW), who was the embodiment of all virtues, and who designed the philosophy of the “power of now” rather than the power of wait and see

This is an interesting Q&A but let me finally know your views on politics: Are you a politician?

Yes, I am a politician by nature and a politician by functional household politics; I have a family and engage daily in functional household politics as exposed by classical thinkers like Ibn. Sina (Avicenna). The sociologists define man as “rational animal” or political animal. I can define politics as “arts of governance” and whether we like it or not every man and woman is either positively or negatively affected by political activities. Nonetheless, I am not a functional city politician. Reading through the literature, originally city politics was strongly attached to a bill of etiquettes; however, as time unfolds politics became detached from that bill of ethics and morality caused by individuals like Machiavelli. Machiavellian politics means giving false promises to rule. Apart from few world examples, all functional city politicians act the same.

The difficulty of returning politics to its metaphysical nature emanates from the difficulty mainly of achieving three things:

(a)        difficulty of striking a balance between political realism and idealism and;

(b)        difficulty in keeping up with “genuine sphere of political power”; and to elaborate on this

(c)        The third one is the difficulty of striking a balance between using power and not using it. For, when power is used by whosoever is powerful, power exhausts and when it is not used by him, it will be used against him; and the techniques of using it and not using it at the same time is where the real difficulty lies.

So, until city politics are re-attached to its metaphysical roots, apart from exercising my right to cast my vote in an election, I prefer the pursuit of academic life to be part of the intellectual restoration of such values, rather than involving in organic functional city politics

Thank you for having me 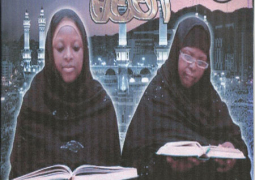 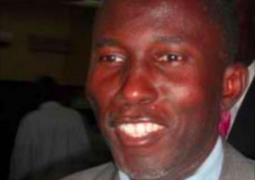