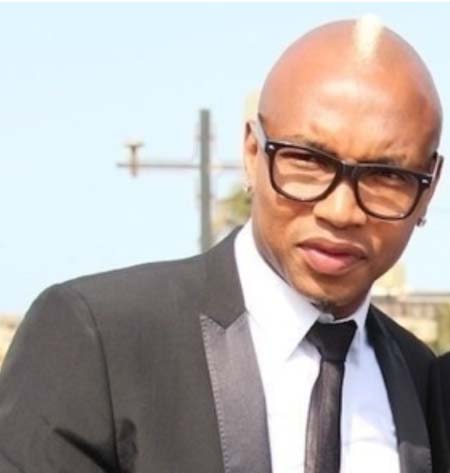 Senegalese footballer El Hadji Ousseynou Diouf has expressed his readiness to work with relevant Gambian football stakeholders in making Gambia football one of the best in Africa.

Speaking to reporters in an interview at the Seaview Hotel on Monday, Diouf, who is in the country at the invitation of the Sports Journalist Association of The Gambia, said he is ready to give is experience and power to help transform Gambian football into becoming one of the best in Africa in the near future.

The two-time African footballer of the year noted that he finds it had to believe that The Gambia is yet to make its Africa Cup of Nations and World Cup appearances with the talented young players the country has.

He pointed out that The Gambia’s failure to make an Africa Cup of Nations appearance is “abnormal”, adding that with the young talents the country has it is time The Gambia stepped up on the big stage of football.

The former Liverpool star stated that with the right people at the heart of Gambian football, the country would easily reach the World Cup.

Diouf remarked that he is not pleased about the way Gambian football and players are being looked after, adding: “I cannot believe The Gambia has so many young talented players who were able to qualify and represent the country at the youth level of World Cup and yet “the players are sold to clubs in countries like Sweden, Norway, Denmark and Finland”.

“It is not the right way to develop Gambia football,” he added.

He said allowing agents to come to the country to take and sell players in the above mentioned leagues is not good for Gambian football and would not help it in any way.

Diouf said as a Pan-Africanist he has always believed in Africa and believes that “The Gambia can compete with the best European countries on the pitch”.

He said further that The Gambia has always been part of his life as a player and person and as such he is ready to give everything to see Gambian football develop.

Diouf, who has played in France, England, Scotland and Malaysia, said the best moments of his playing career was with the Senegal national team, adding that he is pleased about his entire career.

Still on Senegal, he said he believes they as players are all on the team for a mission and his and his generation of players were out to play football and put Senegal on the map.

He observed that African football is making significant progress and “we can be close to the best European countries in the near future”.

He pointed out that it was not easy for him in the beginning of his career but with hard work, dedication and commitment he was able to make it and therefore would like to advise and urge young players to be ambitious.

Diouf, one of Africa’s best-ever footballers to grace the pitch, said he believes his achievements have gone beyond the field of play as he was twice named African Personality of the Year.

Diouf said he has no plans of becoming a coach but is ready to give advice to players when the need arises.

“I was so good and do not think I can understand some players on the pitch but can give advice when they need me,” he stated.

Diouf, who said he is now a Goodwill Ambassador and personal adviser to President Macky Sall, added that he believes he can do a lot for the continent not only in terms of football.

Concluding, he thanked the entire Gambian nation especially President Yahya Jammeh, saying he feels happy being in The Gambia once more at the invitation of the Sports Journalist Association of The Gambia.

“The best thing I can do in my life is making people happy and therefore I want to thank SJAG for having a good feeling to bring me here again for their award and Gala night,” he added.