In its drive to combat food insecurity and environmental farmer protection as well as the realization of producer rights, the National Coordinating Organization of Farmers in The Gambia (NACOFAG) has stated that it is of great concern and necessity to defend African Peasants’ Rights.

“There are current threats to African peasants and hence concerted efforts need to be taken by all stakeholders, farmers themselves, NGOs and governments together with the UN agencies for the solution to this African problem,” Mr Sowe, NACOFAG coordinator, said recently in an interview with our reporter at his office in Brikama.

It has been discovered that three quarters of the world’s hungry people live in rural areas and the majority of them are peasants’ farmers, he says.

“An important reason for this problem is their marginalization in national and international agricultural policies including trade,” Mr Sowe noted. “This situation is particularly severe in Africa.”

Mr Sowe said further that food production for domestic consumption in Africa is mainly in the hands of peasants, most of them women. “Unfortunately, peasants are often not properly recognised within their own societies,” he added. “They have to work without much support from their states or the international community. Under structural adjustment such support, where it existed, was largely dismantled.”

He also said the percentage of the hungry is higher than in any other continent and growing faster than anywhere else. “Trade does not necessarily contribute to the economic prospects of small holders farmers,” he said. “They often only have a small share of the export economy and at the same time are most likely to be affected adversely by cheap and often subsidised agricultural imports, for example from the European Union.”

According to him, the marginalization of African peasants is essentially a human right issue. “Their rights need to be asserted and implemented in agricultural policies,” he said, added that African peasants right are human rights applied to the specific situation of the African small holder farmers, pastoralists and fisher-folk involvedin struggles to defend and improve their livelihoods.

“It is important to note that there are some threats facing peasants, of the human rights tools available to them and their support groups and of some political developments supporting their rights,” the NACOFAG coordinator intimated.

In recent years, four specific threats emerged for the rights of the African peasants farmers, he noted: “These include first, trade-related threats emanating from the Economic Partnership Agreement (EPAs), and the Doha round of the WTO; secondly the increasing phenomena of off-shore farming in Africa as a result of the food, fuel and financial crises; thirdly the propagation of industrialised agriculture in Africa including agribusiness, and fourthly the direct effects of climate change.”

In conclusion, the NACOFAG coordinator said that a collective stance and solution for optimal support of this sector of the society is crucial, hence the right to food is the right to live.

The peasants need training programmes, he said, adding that peasants need good tools, seeds and transportation of their produce for additional value chain, and market outlets are central in the solution to the development of the peasantry. 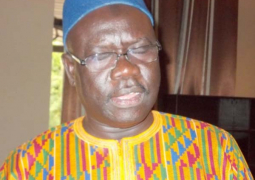 On root causes of illegal migration