The has established diplomatic ties with the of , the of and the , a news release issued by the Ministry of Foreign Affairs, International Cooperation and Gambians Abroad revealed Wednesday.

“Cognizant of and reaffirming its commitment to the principles enshrined in the Charter of the United Nations, the government of the Republic of the Gambia has established diplomatic relations with the Kingdom of Cambodia, the Republic of Georgia and the Republic of Paraguay,” the release stated.

The signing ceremonies, according to the release, took place in April 2010 in by H.E. Mrs. Susan Wafa-Ogoo, Ambassador and Permanent Representative of the Republic of the to the United Nations.

This, the release added, was followed by the release of joint communiqués between the and the countries mentioned.

The release added “The parties have agreed to base their diplomatic and consular relations on the provisions of the Vienna Convention signed 18 April 1961 and 24 April 1963 respectively.

“The new relationships also reflect the United Nations principle of respect for territorial integrity and sovereign independence of states, the promotion of global property, peace and security and non interference in the internal affairs of states.”

It added that: “The recent developments are significant in view of the Gambia Government’s foreign policy stance and efforts geared towards establishing new friends for the in the international community, broadening and strengthening the scope of existing relations for mutual benefits.” 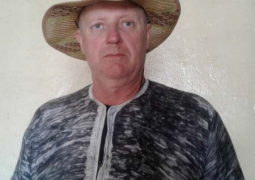