As part of activities marking the nineteen anniversary of the 22nd July Revolution, the Vice President and Minister of Women’s Affairs, Aja Dr Isatou Njie-Saidy, on Tuesday presided over the official launching and laying of the foundation stone for an ultra-modern cargo complex at the Banjul International Airport.

Coming under the Trade Facilitation Project, the US$3, 115, 400 project seeks to, among others, facilitate trade and increase national participation in international trade.

The funding of the project was obtained from the Enhanced Integrated Framework (EIF) project that gave US$2, 494, 200, while the Gambia government contributed US$621, 200.

Speaking on behalf of President Yahya Jammeh, the Vice President described the project as another significant milestone in the development of the country.

“You would all recall that this airport where we converge here today for the inauguration of this project, was nothing more than an old hut when I took over power in 1994.I found that situation unacceptable since the airport is among the first points of contact that link The Gambia with the rest of the world,” the vice president stated, quoting from President Jammeh’s speech.

According to her, since then the government has invested many more millions of dollars in revamping and extending the runway to world-class standard, “making our runway one of the longest in the whole of Africa”.

She disclosed that the airport improvement project is still ongoing, as it is the Gambian leader’s wish to see that this country is not left behind in terms of transportation and communication.

“This project, named “Trade Facilitation through increased logistics infrastructure and services at the Banjul International Airport” was hatched through the Enhanced Integrated Framework (EIF) Tier 2. This project seeks to increase our participation in international trade, thereby improving livelihoods in the tourism, horticulture and fisheries export sub-sectors,” she stated.

She added that the project includes a civil works component for a warehouse that will be furnished with cold storage and other facilities to handle air cargo.

“It is envisaged that with these improvements added to our achievements over the past years, the number of airlines serving, and accepting cargo from The Gambia, will increase,” she stated.

Abdou Colley, the minister of Trade, Integration and Employment, said the project when completed will upgrade the cargo operation to world-class standard.

According to him, the cargo complex will facilitate trade by improving the infrastructure of cargo services at Banjul International Airport, and enhance its capacity to handle air cargo by volume and by diversity.

Other speakers at the ceremony included the permanent secretary at the Ministry of Trade, Integration and Employment, Naffie Barry, who is also the focal point for the EIF project, the executive director of the EIF Secretariat at the World Trade Organisation, Dorothy Tembo, the acting managing director of the Gambia International Airlines, Ebrima Sillah, and the director general of the Gambia Civil Aviation Authority, Abdoulie E. Jammeh. 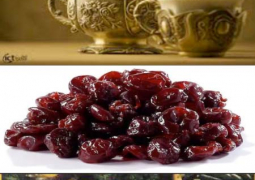