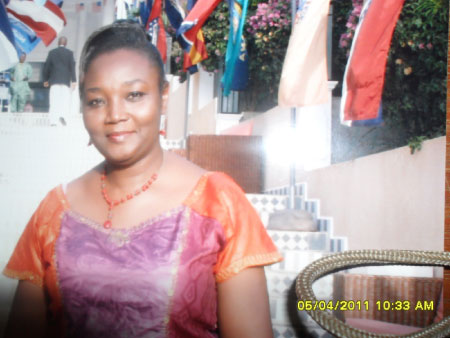 The proprietress of Fajara Skills Development Centre (FSDC) located at 5 Atlantic Boulevard, Fajara, has re-echoed her institution’s achievements and constraints since its establishment in 1999.

Able Thomas said she started with six students, two hair dressers and one sewing teacher at her own residence at Fajara, adding that in 2006 the institution was relocated from her residence to where it is now.

“Presently we have eight teachers and twenty-five students and we have designed our programmes to suit our trainees, and the main objectives of my institution is to develop and access students’ ability to practise in a range of techniques to the level specified for National Vocational Qualification (NVQ) stage,” Mrs Thomas said.

Since the inception of her institute in 1999, one thousand students have so far graduated from it in such disciplines as hair dressing, cookery and sewing, with excellent results by students who go through her institution’s courses and examinations.

“We are trying all we can to make our graduates become self-employed, especially the girls when they leave FSDC,” she said, adding that to work hard always pays in the long run.

Mrs Thomas said her institution also accepts contracts outside by providing refreshments, food of international cuisines, services to individuals, NGOs, hotels, restaurants to name a few. The recent contract, she noted, was provided by the US Embassy in Banjul where her institution offered one-month catering services to the participants during the just ended naval training in The Gambia facilitated by the US government.

Mrs Thomas advice to all and sundry, especially the youth, is that sitting down does not pay. “To everybody, especially women who have talents, time of sitting down should be the thing of the past in this 21st century,” she said “Now we are in the century of handling our talents for our own advantage.”

She said her institution is working on a new contract with Gamjobs in which they will train 150 students in hair dressing, cookery and sewing for a period of two years, and would like other institutions to give her institution a test, for they get more than expected.

“The FDSC hopes to give the best skills to the disadvantaged youths,” the industrious woman said, adding that there are always modern techniques and ancillary courses introduced by her institution to upgrade and update her students.

She commended the Minister of Youth and Sports, Sheriff Gomez, the US Embassy in Banjul, Go For Africa and other partners and institutions and agencies and organisations for uplifting the standard of the institution. “Without them our dream would not come to fruition or reality,” she said.