Ebrima Jatta, a first accused, on 4 April 2011, testified in defence of a theft case involving him and one Jainaba Sanneh before Magistrate Tabally of the Kanifing Magistrates’ Court.

The two were alleged to have stolen three mobile phones and a coda digital camera, a charged they have denied.

In his evidence, defence witness one told the court that he knows (PW1), Femi Tohsun, the complainant in this matter.

He told the court that he was working with the complainant and before PW1 travelled, he (the accused) audited all the goods in the shop with (PW2), the complainant’s wife.

The accused further adduced that when PW1 went to the , PW2 then came to him and said she would be visiting him in the shop because her husband had travelled.

“After two days, PW2 came to the shop and advised me to be mindful of the goods in the shop,” he said in his defence.

DW1 further told the court that his co-accused, Jainaba Sanneh, was the cleaner and that she came to work thrice a week.

“When I was cleaning, I saw a box inside a glass that was torn,” he noted, adding that when I went to confirm the box, I found out that there was no mobile in it. “I did not make any sales of such” he said.

Still testifying, the first accused told the court that he further proceeded to inspect the items in the shop and he found out that two mobile phones were also missing.

“I later explained the matter to PW2, the complainant’s wife,” he narrated.

PW2, he added, responded to him: “Whom do you suspect to have taken these missing items?” He said he suspected the second accused, (the cleaner) as she used to come with her bag to work.

He indicated that PW1 later called him from the US and he insulted and shouted at him.

“He told me to replace the items missing before his return,” he added.

He told the court that when PW1 returned he enquired about the items missing and he told him he did not know who took the items.

Safeguarding multilateralism for a better world! 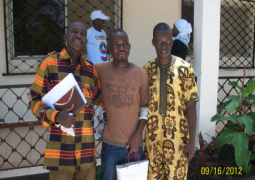 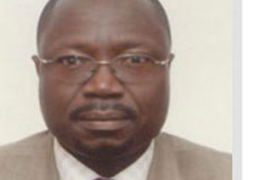