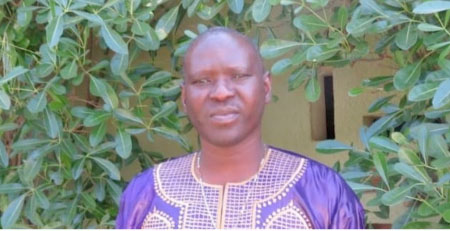 Joseph Colley, director of Communications and Training at the IEC, said political parties are government in waiting because they have to look at the party’s constitution and the internal democracy of the party.

In an interview with The Point, Mr. Colley said for a political party to be officially formed, all the requirements must be in place.

He said all the political party executives should be resident in The Gambia and also hold biennial congress.

For registrations, he said, the Code of Campaign Ethics in section 92 (1) of the Elections Act shall be binding on all political parties and candidates contesting any position in all elections conducted by the Independent Electoral Commission.

According to the Independent Electoral Commission, profile of political parties indicates 14 parties with National Congress Party (NCP) on suspension.

Section 60 (2) of the 1997 Constitution states that no association shall be registered or remain registered as a political party if; (a) it is formed or organised on an ethnic, sectional, religious or regional basis; (b) its internal organisation does not conform with democratic principles; or (c) its purpose is to subvert this constitution or the rule of law.

Any association seeking to form a political party must abide by the guidelines of the Elections Act, as amended, the application must be accompanied by a declaration signed by not less than ten thousand (10,000) registered voters, at least one thousand (1,000) voters from each of the seven administrative areas, in the form provided by the Commission.

The guideline further states the prescribed registration fee of the D1, 000,000.00, which should be paid to the Commission at the time of submitting the application and the party should have a national character and should not be formed on any sectional, religious, ethnic or regional basis.

Colley cited the 1997 Constitution on the requirements to contest for presidential candidate, members of parliament, mayors and councilors.

Section 105 of the Elections Act Amendment 2015 requires that parties’ executives must reside in The Gambia, with a secretariat in each administrative region and submit yearly audited accounts to the IEC.