Magistrate O. Cham of the Brikama Magistrates’ Court yesterday ruled that the Caliph General of Darsilameh Sangajor Muhideen Hydara and the Village Alkalo, Buyeh Touray, have a case to answer.

When the case was called, Chief Inspector Camara said he had filed his reply and had served the court and the counsel.

Defence counsel LK Mboge said he was just served with the prosecution’s reply, and wished to reply briefly on points of law.

He said the evidence before the court never disclosed that the message was delivered to the two accused persons, contrary to the prosecution’s reply.

The briefs filed by the defence counsel on the no-case-to-answer submission stated that the trial of the accused persons is based on two counts of conspiracy and disobedience to lawful order.

It stated that the prosecution called four witnesses to prove its case and, at the close of their case, defence opted for a no-case-to-answer submission under section 166 of the Criminal Procedure Code.

It further stated that the submission of the defence that there is no evidence to support the charge, in the first instance, and the evidence of the prosecution has been so manifestly discredited in cross-examination, that it could not be relied on by the court to convict the accused.

The brief stated that there is no evidence of conspiracy at all, in this case, and that none of the four prosecution witnesses has said anything about the accused persons conspiring to commit a felony.

It also stated that there is no circumstantial evidence for the court to act upon.

It added that the particulars, in count one, did not specify the nature of the felony the accused alleged to have conspired to commit; that, therefore, left the court in doubt as to the nature of the offence alleged against them.

In count two, which is disobedience to lawful order, the defence brief stated that the first question to ask, which begs for an answer in the court, is whether the President could make lawful orders, before even looking at the evidence.

It stated that the phrase “lawful order” is derived from law, and it means any act or omission authorised by law made by the National Assembly.

It stated that the 1997 constitution of The Gambia under section 25(1)(c) allows freedom of religion, and that the constitution is the supreme law of the land and any law which conflicts with the said constitution is null and void, and of no legal effect. Therefore, defence counsel submitted that count two is unconstitutional.

It stated that it is clear from the constitution that the President could not make lawful orders, but executive orders.

The defence counsel, therefore, urged the court to acquit and discharge the accused persons.

In reply, Chief Inspector Camara stated that a no-case-to-answer submission could not be validly made, because there had been evidence to prove an essential element to the offence charged.

He said the evidence of all the three prosecution witnesses corroborated, as they all mentioned that the message was delivered to the two accused persons.

He said that in count two, the order of the President was not in law, but there is a policy that whenever he makes a pronouncement that must be obeyed by all citizens of The Gambia.

He said the President has powers to give orders directly or indirectly, and should be obeyed.

He, therefore, urged the court to call on the accused persons to enter their defence.

He was also mindful of the principles of a no-case submission.

“I have also referred myself to section 166 of the Criminal Procedure Code, which is on a no-case submission. I have, therefore, considered that the accused persons have a case-to-answer, and I, therefore, urge the defence to open its case,” he declared.

The hearing was adjourned to 5 February 2015, for defence. 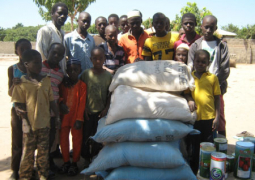