The recent crash of a Yemeni airliner in the Indian Ocean with more than 150 people on board has pointed up yet again the need to make our airspace much safer in the interest of humanity. Barely a month ago, Air France Airbus 330 travelling from Rio de Janeiro to Paris suffered a similar fate, killing all 228 people on board. It is hoped that this occurence does not establish itself as a trend.

Already questions are being raised about the airworthiness of the Yemenia Airbus 310 flight IY626. The EU is skeptical of Yemenia safety and suggested a world blacklist of carriers deemed unsafe. The EU's list is touted to be a "safety guarantee for all". But the Yemeni authorities claim that the plane in question had "undergone a thorough inspection and conformed to international standards".

This is no time for bickering; it is time for action. It is up to the EU for instance to release its blacklist of carriers with immediate effect so that prospective passengers would have a reasonable degree of assurance that the plane they are about to board is not a 'flying coffin'. This is the feeling all around at the moment. A relative of one of the passengers aboard the ill-fated Yemeni airliner said: "They put us aboard wrecks; they put us aboard coffins. That's where they put us. It's slaughter; it's slaughter."

Besides the EU's blacklist, other regional bodies should and must be seen to take immediate steps to compile their own lists of aircraft that are no longer airworthy. In compiling this list, nothing should be taken for granted. The overriding consideration should be the safety of the people. Though accidents do happen, some of the air crashes could have been avoided if more care had been taken to carry out a rigorous inspection prior to departure.

As an immediate measure, planes that are no longer airworthy should be grounded without delay. Extra inspection should be conducted on aircraft shortly before their departure. Pilots should be extra vigilant about the state of their aircraft; they should not at any point in time ignore any abnormality in their aircraft. 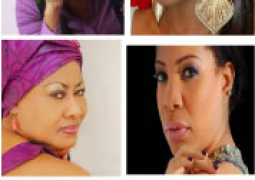