The courtroom was filled with family members and members of the transport association.

When the case was called, the defence counsel J.B. Sambou told the court that she had an oral application to make.

She said one of the applicants, Sheriff Dibba, who was the Secretary General of the GNTCA, passed away on Sunday and was the 3rd applicant.

She said in view of the circumstance she was applying for his name to be struck out of the case, adding that the 3rd applicant was in custody when the unfortunate incident happened.

She also applied for the court to make an order for his body in the mortuary to be released to his people as he is a Muslim, for his people to be able to perform the necessary rites.

The trial judge then said the name of the 3rd applicant was struck out.

With regard to the corpse being released to his people, the trial judge said since the applicant was no longer before him he could not do anything on that.

Moving the motion on bail application, counsel J.B. Sambou said it was dated and filed on 15 February 2016 and she was relying on all the paragraphs of the sermons, affidavits and exhibits attached, and did urge the court to grant the application.

DPP said he was not objecting to the bail application.

Delivering his ruling, the trial judge said the application ought to fail because the applicants could not share the same affidavits and they could not possess the same characteristics.

He added that putting into the account the fact that the 3rd accused person had passed away while in custody, he would exercise his discretion and grant them bail.

He then granted them bail of D500,000 with one Gambian surety each, who shall depose to an affidavit of means and to deposit their ID cards with the registrar of the high court.

He said the applicants should deposit their travel documents and international passports with the court’s registrar.

He said prior to the filing of any charge against them, the applicants shall report every Tuesday to the principal registrar of the high court. 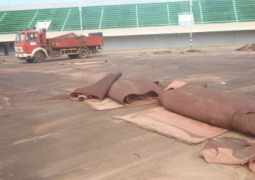