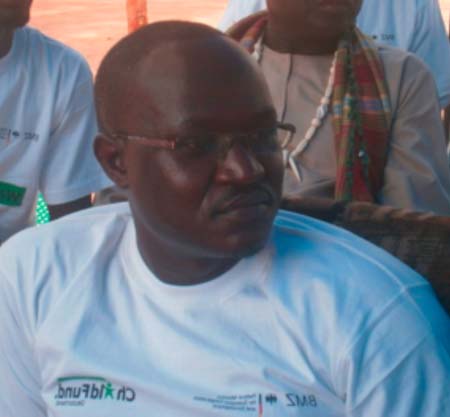 BMZ-Federal Ministry for Economic Cooperation and Development in Germany and ChildFund International The Gambia, in collaboration with their local partners, Eastern Foni Federation in Kalagi and Ding-Ding Bantaba Federation in Sibanor, at the weekend launched a water and sanitation project at Bajagar village in Foni Bintang Karanai district in the West Coast Region.

The project, which was a two-grant package from the Ministry for Economic Cooperation and Development in Germany, is funded to the tune of €267,915 equivalent to D14,800,00O.

Called “Building capacity for sustainable access to potable water and hygiene standards”, the project is being carried out in 17 remote villages in The Gambia from 15 November 2014 to 15 November 2016.

This was the second project funded by the German Federal Ministry for Economic Cooperation and Development (BMZ) and ChildFund Germany, to be implemented in the West Coast Region (WCR).

In his launching statement, Haruna Badjie, Social Welfare officer for WCR, said ChildFund International network is active in development work specifically focused on children, youths and their families, as well as communities.

The objective of the project is to increase the level of safe water, improve the socio-economic status of women, increase girl-child attendance in school, provide filters and reduce prevalence of water-related diseases, he said.

ChildFund recognizes the fact that it is not enough to provide water for communities, he added.

“If the objectives of any water project are to be realised, the people for whom the water is provided must take responsibility to protect it against contamination and wastage.”

According to Mr Badjie, ChildFund Deutschland, in November 2014, received another grant from the Federal Ministry for Economic Cooperation and Development (BMZ) in Germany to co-finance the project called “Building capacity for sustainable access to potable water and hygiene standards” in 17 villages of the West Coast Region of The Gambia.

This was in partnership with Eastern Foni Federation and Ding-Ding Bantaba Federation, with ChildFund International The Gambia as associate partner.

He said the project as designed would construct new wells, execute pipe extension and distribute water filters in 17 remote villages in the West Coast Region, as well as donate water filters to two disaster relief agencies.

Furthermore, he added, the project would conduct a series of capacity building activities on pump operation, project and finance management, and water hygiene and sanitation in the intervention villages.

According to Mr Badjie, four years ago, they launched in Foni the water and sanitation project sponsored by BMZ/ChildFund Deutschland.

The project was able to construct nine new wells and rehabilitated five existing wells, he stated, adding that the project was also able to take clean and safe water to the doorsteps of the hard-to-reach areas in West Coast Region.

He disclosed that diarrhea, which accounts for 3.5 million child deaths annually worldwide, was significantly reduced through the health education activities that were part of the project package.

Therefore, he went on, the launching of another new water project by the same donors and implementing agencies, was more of a celebration of “success for the previous project and taking a step forward to building capacity for sustainable access to potable water and hygiene standards in 17 villages in the West Coast Region."

He thanked ChildFund International network and the project for complementing the government’s efforts at providing communities with safe and clean water supply.

He also challenged the communities to take ownership of the project by protecting the water facilities, for sustainability.

In his remarks, the National Director of ChildFund Gambia, Pimundu Jamez, described the launching of the project as another giant milestone in the German-ChildFund and local partners’ efforts at contributing to the development of the country.

Through this particular project, with assistance from the German Government, he noted, they “are registering success among the communities”, as the project focuses on initiatives in such areas as health, education, early childhood development, household and community empowerment.

He thanked ChildFund Germany for the grant from BMZ to co-finance the project.