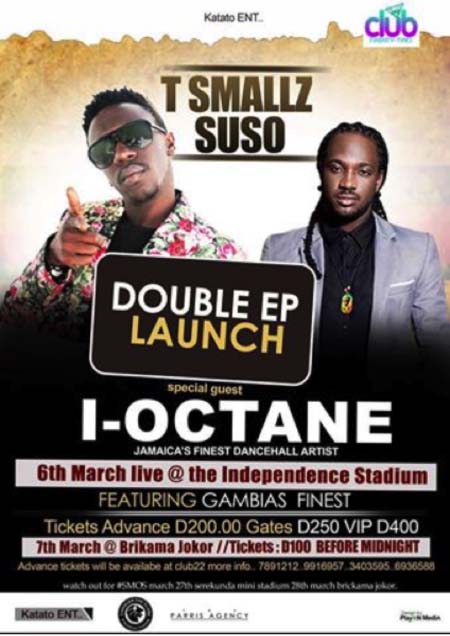 The EP was produced in Europe during his recent tour of countries including Sweden, Austria, Holland and Germany.

“My last trip to Europe was purposely to record professionally with some producers."

According to him, the EP will be digitally distributed by Swing Kids, a Swedish music distributing company, that works with many international artistes.

He added that Jamaican reggae dancehall singer I-Octane was his guest artistes together with some Gambian artistes.

He described the two concerts as a success in the sense that he had a collaboration with I-Octane and a video, which will go a long way in promoting his music around the world