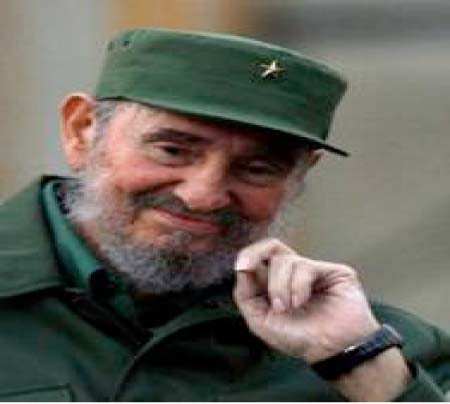 Havana, November 25 (RHC)-- Cuba is paying tribute on Monday to the historic leader of the Revolution, Fidel Castro, with many tributes dedicated to remembering his legacy on the third anniversary of his physical passing.

Three years after his departure for immortality, Fidel lives in the affection of his people and the admiration of good people around the world,  various articles of national media say on the occasion of the anniversary.

Writing on Twitter, Cuban president, Miguel Díaz-Canel, said: ‘How to remember Fidel? Assuming his legacy as ours, confronting imperialism with courage and firmness, working and thinking for the people, fighting for a better world.”

On the steps of the University of Havana, the University Student Federation, the Young Communist League, and people from all walks of life will participate in a political and cultural evening to remember Fidel.

Meanwhile, hundreds of people are expected to go to the patrimonial cemetery Santa Ifigenia in Santiago de Cuba, where his ashes are interred.

According to data provided by the management of the necropolis, during the three years since his passing, more than one million 800 thousand people have visited Santa Ifigenia to express in the most different ways their respect and admiration for the historical leader of the Cuban Revolution.

“They come alone or in groups, in visits promoted by work and study centers or by the family,” says Juventud Rebelde newspaper.

“They come and go, without worrying if there is a drizzle or if the sun is inclement. Among them are scientists, farmers, soldiers, artists, grandparents, and children,” added the paper.