Extractive activities such as mining are causing profound ecological and social damage in Africa. Africa is home to 30% of the world’s mineral resources, including some of the largest deposits of oil, gas, diamonds, gold, coltan and bauxite.

Governments must ensure that nature is protected while trade and the economy expand. Some 44% of Africa’s major metal mines are inside or within 10km of a protected area, while in at least five countries there has already been downgrading or downsizing of protected areas to allow mining development.

Across Africa, mining, both small-scale and industrial, is destroying wildlife and nature at an alarming rate.

While mining has largely been associated with economic growth, recently the scale and impact of threats has increased.

As the race to extract Africa’s natural resources heats up, investments are fostering environmental degradation, with knock-on impacts for local people and other economic sectors.

This problem arises partly because of skyrocketing demand from new players, such as China, as well as Western companies such as Tesla and Apple.

Between 2005 and 2016, approximately half of China’s outbound investments went into energy and mining, with Zambia, Zimbabwe, South Africa and Democratic Republic of Congo (DRC), attracting roughly one-third of this.

Meanwhile, demand for commodities that rely on Africa’s minerals – coltan in phones and laptops, lithium in electric vehicles – is rapidly rising.

Minerals frequently occur in areas of rich biodiversity, but mining activities often fail to take ecosystem services, such as provision of fresh water, or soil fertility, into account.

Because these services are provided “free” through ecological processes, their value is disregarded.

The resulting damage can be profound, with threats ranging from reduced crop yields arising from loss of pollinators, to the extermination of species which support ecotourism.

Cobalt mining in Africa which provides more than half the world’s supply for rechargeable batteries, is one growing threat.

Mining waste is polluting rivers and drinking water, while exposure to dust from pulverised rock causes breathing and other health problems in miners, including tens of thousands of children.

Habitat destruction from mining activities, and secondary effects such as bushmeat harvesting for miners, have contributed to the decline of the critically endangered eastern lowland gorillas.

A quarter of all mines may require special measures in order to conserve globally important biodiversity on the African continent. 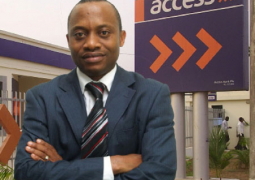