The campaign against proliferation of small arms and light weapons must be intensified.

The move by the ECOWAS Small Arms Programme (ECOSAP) to hold a capacity-building programme in various clusters in the West African sub-region is indeed a step in the right direction.

It is undisputable that our part of the world is faced with so many challenges, including the proliferation of small arms and light weapons.

The recently ECOSAP Banjul meeting will no doubt upscale the understanding of participants on the theme of the discussion.

We therefore urge the National Commissions (NATCOMs) in various member states to be more proactive and for those who do not have permanent structures for their NATCOMs to do so as soon as possible.

During the two-day retreat in held from 23 to 24 June 2009, ECOSAP's officials stressed the need for more civil society involvement in NATCOMs. This is very important, as it will make NATCOMs to be more active, strong and thus make more impact.

We therefore call on all and sundry in the sub-region to work hand-in-glove in promoting the culture of peace and security. This is so, because it will enhance sustainable development and help create the enabling environment for the attainment of the MDGs and other development endeavours.

In the same vein, we commend WANEP Gambia for their stand in combating this menace in the country.

We need to work harder to effectively address the menace of small arms and light weapons.

We call on donors to give NATCOMs the necessary resources for the timely implementation of their activities.

In order to stop the illicit proliferation of small arms and light weapons in our sub-region, all hands must be on deck. 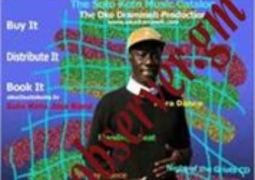