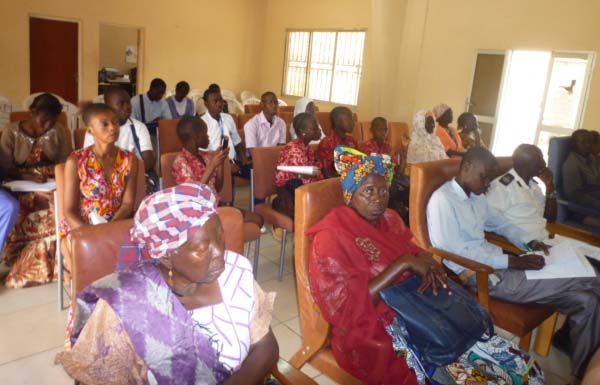 The association for the prevention of elders abuse (TAPEA) was Thursday launched at a ceremony held at the BCC in Banjul, which brought together both youths and elders.

In her welcome speech, Priscilla Jones, president for the association, said the initiative is to facilitate and encourage the teaching of morals in schools.

It was also created to bridge the gap between youths and elders, as youths would become the future leaders and as ageing is everyone’s future, she continued.

The event also provided an opportunity to share information about abuse, neglect and its prevention in the later years of life, she added.

“This opportunity will help to bring great recognition and concern in addressing these needs,” she said, adding that it was also a chance for them to speak with one voice at the forum and the future programmes ahead by introducing such a club in schools.

It would as well serve as a vital fundamental prevention strategy that would involve cultural norms and values, which would help in changing attitudes and behavior toward the elderly in the family, community and society, she went on.

Commissioner Demba Sowe, from police headquarters, said with the advent of globalization and the increasing demand to deliver services to the citizens, there is an urgent need to revamp or re-engineer thought and strategies to efficiently and effectively protect the elderly in society.

According to Commissioner Sowe, the launching of the Youths for Elders Club demonstrated the willingness of TAPEA to instill moral teachings in our students, and to help bridge the gap between youths and elders in The Gambia.

Commissioner Sowe further said the initiative could not be achieve without overcoming challenges such as moral and financial support required for the successful implementation of the idea.

“There is need to constantly challenge the status quo, as one of the surest ways to inculcate a winning mentality in our quest for seeking excellence,” Sowe continued.

Pierre Jatta, head of adoption and the child placement unit at the Department of Social Welfare, said this was an important forum to launch elders clubs in senior secondary schools by TAPEA.

It was worth commending the association for the initiative with the sole aim of creating a platform that would bridge the gap between the youths and elders and promote moral teachings in schools, he said.

New Directorate to Control Foods in Restaurants, Hotels, Others