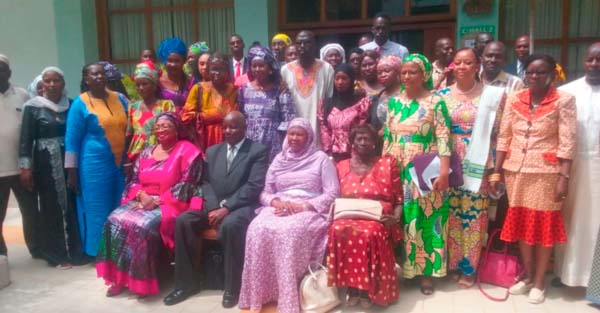 A two-day consultation by civil society on the proposed truth, reconciliation and reparation commission ended on Wednesday, at the Paradise Suites Hotel.

It was organized by the African Centre for Democracy and Human Rights Studies (ACDHRS) in collaboration with the Gender Action Team and the Women’s Forum for Peace and Security in Senegal, Gambia and Guinea Bissau.

The consultation meeting drew participants from all over The Gambia as well as Senegal and Guinea Bissau.

The Minister of Women’s Affairs and the overseer of the Office of the Vice President, Mrs Fatoumata Jallow-Tambajang, in declaring the consultation open, outlined the challenges and vision of the Barrow administration in the New Gambia.

In general, the participants deliberated on the relevance of the Truth, Reconciliation, and Reparation Commission (TRRC), its advantages and disadvantages as well as their expectations of the TRRC.

In addition, they explored ways and means by which the proposed TRRC would contribute towards the building of social solidarity and the establishment of trust among and between citizens and state institutions

Participants were also concerned with what constitutes a transition as well as the likely challenges that may be faced in the establishment and implementation of the proposed TRRC.

Furthermore, they initiated ideas and strategies for overcoming such challenges and then advanced reasons why either justice or peace should be given priority.

They also outlined their anticipated types of reforms and in what spheres of society.

As well as discussing the forms of punishment that should be meted out to perpetrators, participants also critically evaluated the claim that amnesty is tantamount to impunity and then enumerated crimes that should be excluded from amnesty.

They also mentioned steps that should be taken to avoid a recurrence of the past nightmare. The meeting also identified some roles for religious and traditional leaders in the truth and reconciliation process.

Participants agreed that ownership and inclusiveness are desirable principles to be achieved and then outlined steps to ensure the realization of both principles.

They also identified elements that should be incorporated in engendering the TRRC process.

In respect of gender, they highlighted gender related crimes that should be given priority and the roles they envisaged for women and youth as well as other marginalized groups.

Moreover, participants proposed ways in which the proposed TRRC should deal with tricky issues in which women and youth are victims and or perpetrators.

They also dilated on the period the TRRC should cover together with its terms of reference, mandate or function, composition, tenure, and its procedures.

In conclusion, they identified certain characteristic features of a victim, a perpetrator together with how perpetrators and victims could be motivated to testify before the TRRC.

Participants also examined the cost-benefit analysis of tracking perpetrators who do not bring themselves to the TRRC.

The consultation was brought to a close by Mr Hussein Thomasi, special adviser to the Attorney General and Minister of Justice, who stood in for his principal. 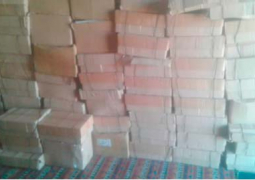