The sum of D183,481 was claimed by her as benefit from social security contribution for seven years payable by the defendant to the Social Security and Housing Finance Corporation.

According to the particulars of claim, the plaintiff was a former employee of the bank.

The claim stated that the defendant is a bank engaged in banking business and services whose registered office is at Kairaba Avenue.

Miss Samba said that by a letter dated 18 October 2007, she was offered employment by the bank as a Clerk Local Operations, which she accepted.

The terms of the offer, she explained, were that she should serve a probationary period of three months and upon satisfactory completion of her probation, her employment would be confirmed by her signing a contract of employment with the bank for a fixed term. And on 22 October 2007, she accepted the offer.

She stated in her claim that upon the satisfactory performance of her duties, her appointment was confirmed by a letter dated 10 June 2008, stating further that the said confirmation took effect on 1 June 2008, and she signed a contract of employment with the bank on 13 June 2008.

Miss Samba indicated in her claim that the said contract of employment incorporated some of the conditions of her employment by the bank whilst other terms and conditions not expressed in the said letter of offer were made applicable by the Labour Act.

She further claimed that the bank had a set of service rules which purportedly governed the employees’ services with the bank if at all but which was not made available to members of staff, even though she and other members of staff had been requesting for their individual copies.

The plaintiff said that in September 2008, she was written to by the bank informing her that her salary had been increased from D5,000 to D7,500 effective from August 2008.

Miss Samba stated in her claim that by a letter dated 30 March 2009, she was deployed to Foreign Operations Department, the said deployment was a promotion in that she was given more responsibilities.

The plaintiff said further that by a letter dated 21 May 2009, she was informed of her salary increase effective 1 May 2009.

Fatou Samba, according to her particulars of claim, by letters dated 8 June 2010, and 3 September 2010, was redeployed or promoted to take over the functions of Head of Credit Support and the Portfolio Department respectively.

Fatou Samba also said that on 27 June 2011, the bank wrote to her informing her that she had been promoted to the position of acting-head of Foreign Operations and Treasury effective 27 June 2011.

She further stated that she acted as head for six months but the bank failed or refused to pay her acting-service allowance which was 75 per cent of the salary differential between the substantive holder and her salary, which amounted to D85,000.

Fatou Samba indicated that on 3 January 2012, she was redeployed to the Portfolio Department to act as head of Foreign Operations and Treasury.

She claimed further that on 27 February 2012, her services were terminated for being absent for a few days for allegedly failing to notify the authorities about her absence.

Miss Samba said she did notify the authorities of her absence by phoning the Human Resources Manager and informing him about her illness.

She stated further that she had been a hardworking, diligent and dedicated employee, which enabled her to obtain all the promotions and salary increases.

After she closed her case, the bank called two witnesses to refute what she told the tribunal.

Lawyer Fola H. Allen, who is throwing her weight behind Fatou Samba, had cross-examined the bank’s witnesses but had not finished with the second witness.

She would continue the cross-examination of the second witness when the case resumes.

Lawyer Sunmbo Akinbo, another legal luminary, is defending the bank.

Chairman Jobarteh presided over the case. 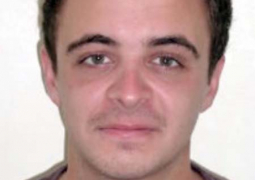 Backway: There is need to improve laws related to illegal migration