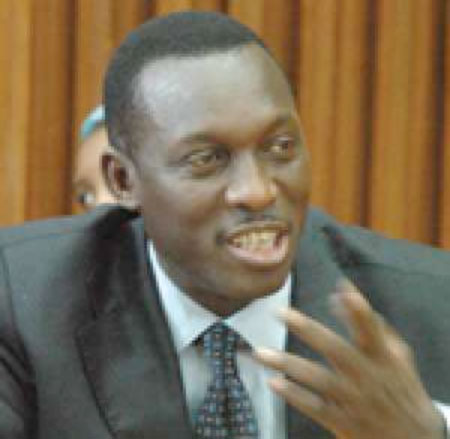 The Senegalese High Commissioner to The Gambia Babacar Diagne was on 11 June named man of the day while he was presented a flag of the grand combat between Erness Jatta and Kunta Kinteh in connection with the wrestling competitions due to take place on 15 June 2013 at the Serrekunda West Mini Stadium.

The development, which took place at the Senegalese High Commission in Fajara, brought together members of the Gambia Wrestling Federation and delegates of the High Commission among others.

The flag presentation was made by Abdoulie Njie also known as Njie Gorre Promotion, as he is set to stage his 3rdwrestling competition featuring five various combats on Saturday.

In an interview with Pointsports, Abdoulie Njie says he dedicated the flag to the people of Senegambia through the Senegalese High Commissioner.

He revealed that Commissioner Diagne was one of their ideals, who was once an English news presenter at the RTS, the Senegalese first TV station.

He pointed out that Diagne was later promoted as the Director General of the TV and recently appointed as the Senegalese High Commissioner to The Gambia.

Njie, however, revealed that the Commissioner has been working between the two countries for ages now, whilst disclosing his admiration for him.

He says: “I wish to do all I can to promote wrestling in The Gambia. I want to uplift Gambian wrestling to the highest level. I want The Gambia to reach the stage of Senegal in wrestling.”

He added that they are not competing but emulating their footsteps.

The promoter, however, calls on more companies and individuals to support wrestling in the country, saying he wants companies that operate within the country to sponsor the 2013/4 wrestling calendar so as not to seek sponsorship from outside The Gambia.

He finally disclosed that there will be no tolerance for any kind of violence at any competition, while urging fans of all wrestlers to avoid any form of violence.

He also urged wrestlers and their managers to respect the contract between the promoters and the federation. 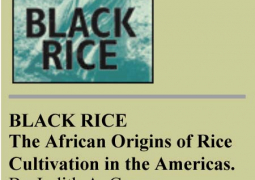