Concern Universal recently organised a two-day training to enhance the capacities of the executive members of Fankaso Federation in Central River Region south on their roles and responsibilities as executives.

It was held at Janjanbureh Forestry Bantaba, the training was also meant to develop the federation’s action plan for the year 2015/2016.

The training is part of one-year long project that will phase out in March 2016.

Speaking at the meeting, Burang Danjo of Concern Universal said a well-trained and well-informed executive is likely to bring about change for sustainable development.

He said the executive members must ensure the expectations and aspirations of the kafos are met.

Musa Saho, programme coordinator of Concern Universal, said the overall objective of establishing the federation is to empower women horticultural farmers to improve their living standards through creating income generating opportunities for them.

Ms Hanjila Jassey of Fankaso Federation, said the meeting is crucial not only for the kafos members but to the entire local government authorities across the CRR south. 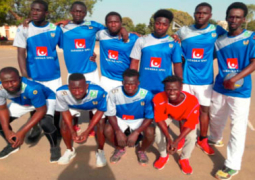