Residents, civil servants, drivers, passengers and other concerned people using the Sinchu Alagi Coastal Road, have been complaining bitterly about the condition of the road they described as “very horrible”.

The condition of the Sinchu Alagi Coastal Road is everyday going from bad to worse more so as the rains continue to pour in torrents these days.

The residents seized the opportunity to call on the relevant authority to come to their rescue by putting mechanisms in place to rehabilitate the road.

Most of the people who spoke to The Point said they are facing serious difficulty getting commercial vehicles plying the road because many drivers have decided to avoid using the road, to protect their vehicles from frequent mechanical problems.

Many drivers are now going through Kombo and Lamin to Brikama, a concerned resident of Coastal Road community said.

One Ousman Minteh, another concerned person, said Coastal Road has a large population that needs to be catered for.

He called on the government to consider the road condition of the Sinchu Alagi Coastal Road as people are struggling to get vehicle to go for work each day of their lives.

One Fatoumata Jallow also complained that the road condition in that area gravely affects pregnant women also, who find it very difficult to get public transport to take them to hospital.

She also pleaded with the authorities concerned to come to their rescue.

Many people also spoke of the ordeal they go through in travelling through Sinchu Alagi Coastal Road.

They are therefore calling on the authorities for help. 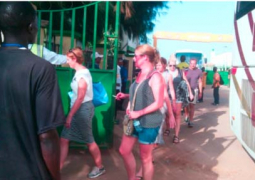