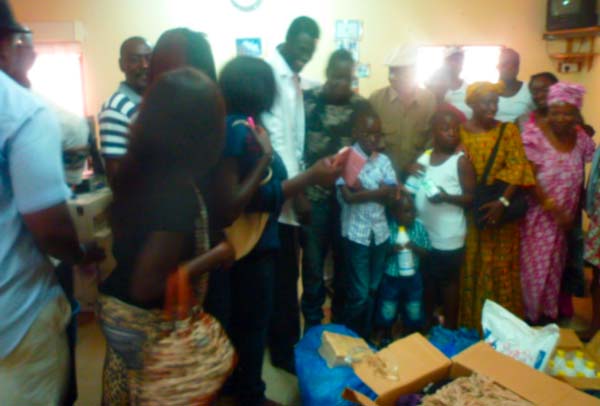 The donation was done as a humanitarian gesture as well as to complement government’s efforts in health service delivery.

Speaking to journalists shortly after the presentation of the items, Joseph Peacock, president of CKDYC, thanked the management of the Center for the warm welcome accorded them.

He said donating the items was part of supporting the center as it has been an issue of concern to them. The patients are of them and they would continue to support them, he added.

Mr Peacock said they would do everything possible to support Tanka Tanka being the only Psychiatric Center in the country.

He also called on other organizations and individuals to give support to the center, whilst thanking members of his organization for their unity, cooperation and support.

In receiving the items on behalf of the department of Health, Omar Bojang, Matron of the Center, thanked members of the CKDYC for the donation, saying: “The donated materials will go a long way in meeting the needs of the patients.”

Mr Bojang called on other organizations and individuals to emulate CKDYC in its efforts at helping the needy.

Speakers on the occasion included Winston Shyngle, a member of CKDYC.