Dec 29, 2008, 6:14 AM | Article By: Revd Norman A. Grigg, Chairman and General Superintendent of the Methodist Church, The Gambia

From the Revd Norman A. Grigg, Chairman and General Superintendent of the  , The

It is my pleasure and privilege to bring Christmas Greetings on behalf of The Methodist Church of The Gambia at this season of the year which for Christians is a festival of joy and thankfulness to God for what we believe to be the greatest gift He gave to us - the gift of Jesus Christ.

As well as the special services we hold and the Christmas meals we eat there is another tradition that Christians follow throughout the world and that is the tradition of giving cards and presents to family members and colleagues.

The Tradition of Giving at Christmas.

This giving of presents is said to be inspired by the original story of Jesus's birth.

I am sure that you know the story well enough. Jesus was born in very humble circumstances-in a stable at the back of a lodging place for travellers. Mary, who was expecting her baby very soon and Joseph, her husband - a village carpenter had to make the journey from - to register their names for a national census, organised by the Roman Colonial Power - and they had to get to , their ancestral home. The trouble was that so many other people had to make the same journey that every available bed was occupied. There was one innkeeper, sorry for their plight, who offered them the use of his stable and it was there that the baby was bornand his first bed was a manger, usually used for animals to feed from.

There couldn't have been a less fitting scene for the birth of someone who was going to grow up to have such an influence in the world - it was an even greater contrast than someone born in Hawaii, whose roots were in a small African village and who eventually became the President- elect of the USA!

Yet it was here, so the Bible recounts, that the visitors came to acknowledge the birth of this special person. First of all the shepherds, who had been working locally, but later on the Wise

Men who had made a much longer journey.

Not that much is known about the Wise Men but tradition has it that they were very important people - probably Kings or Princes, who had a lot of knowledge about the world and its history and had studied the stars and had a good idea about the future as well. They had read that a bright star would herald the birth of a great king and when the star appeared they followed it until they arrived at . They had found the new born baby and they had travelled with gifts of Gold, Frankincense and Myrrh - the very first Christmas presents

And each of these gifts held a special significance. Gold was there as this baby was destined to be a King and gold was the precious metal that befitted a King. Frankincense was used by the priests and this child they believed would grow up to be a Priest. Myrrh was used at burials for embalming and purifying the bodies of those who died. Here was the gift that signified that this child would eventually suffer and die a cruel death, but his death would herald in a new life for all.

So, it was from that story that the tradition of bringing gifts at this time of the year began.

I'm sure that all of us are happy to receive gifts, especially when they come from the people whom we love. But this year I would like us not only to ask the question 'What have we received?' but also 'What have we given?'.

What Have We Received?

Some people would claim to have received very little and therefore are not in a position to give anything to anyone else and will go through a long list of things they don't have 'I've got no wealth, no resources, no car etc. '. Of course that is true for many but at this season of the year it might do us good to start listing the gifts we have received. I think that there is some truth in the song which says 'Count your blessings, name them one by one and it will surprise you what the Lord has done '. Many of us can say we have been given life and health, we have been given fresh air to breath, food to eat, people who love us, and here in The Gambia, we have been given a peaceful country to live in where people of different faiths and different cultures can work together 'towards the common good' - and if we have any faith at all, we will know that God has given us protection and strength to face any situation that arises.

What Have We Given?

The Christmas theme is about 'Joy to the world' and whilst it is easy to say what's wrong with the world when we hear about its financial crisis, the problems of global warming, the human tragedies caused by conflict and wars, this time of the year brings the opportunity to remember that the message of love and joy and peace can still be heard and can be acted on if we ask 'What can we give?'.

It often involves self-sacrifice and much effort but it is possible for each one of us to give love to others, to exhibit joy and offer peace to those who want to engage in conflict with us.

As J.F. Kennedy said at the start of his Presidency of the back in the 1960's 'Ask not what your country can do for you; ask what you can do for your country.' That's a change of attitude from just looking for what we can receive to what we can give and as St. Paul said quoting the words of Jesus 'It is more blessed to give than to receive '.

So, the Wise Men brought their gifts of Gold, Frankincense and Myrrh from their wealth and the majority of us don't have the same resources yet what I have been trying to say is summed up in the last verse of the Christmas Carol In The Bleak Mid-Winter which says:

What can I give Him, poor as I am

If I were a Shepherd, I would bring a lamb,

If I were a Wise Man, I would do my part

Yet what I can, I give Him, give my heart

May this Christmas be a time of joy, when God's blessings are received by you and when you may respond with thankfulness to God and give to others from what you have received.

Have a very Happy Christmas. 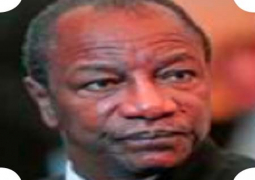 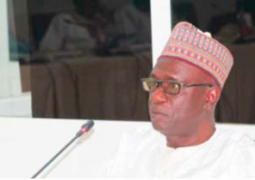