Chak-Chak, Bob Marley join others in the second round

Bob Marley on Sunday beat Old Hands FC by two goals to one in the ongoing Fajara Youth Tournament organized by Ma Ansu Nicol, and played at the Fajara football field.

Dj Cristal Njie opened the score line for Bob Marley in the 25th minute of the game from a fine finish.

Old hands levelled the score line in the 31st minute, after an own goal from a Bob Marley player, to bring Old Hands FC back into the game.

Dj Cristal Njie sealed the victory for Bob Marley in the third minute of the second half to help his side book a place in the second round of the tournament, as well as register his name on the score sheet twice.

On the same day, Chak-Chak shared points with Jarra FC, thus qualifying to the second round as the draw was enough for them to continue contesting in the competition.

Afra Bi on Saturday won Lemong bi by 2-nil to secure their ticket to the next stage of the competition.

Robert Jammeh opened the scoring for Afra bi in the 17th minute of the game, while Buba Sonko increased the scores for his side in the 23th minute, thus making his side more comfortable.

Earlier on the same day, Nac-city battled it out with Bengazi, beating Bengazi FC 3-2 to guarantee their place in the second round.

Abdoulie Barrow scored a brace for Bengazi in the 55th and 71th minutes of the game respectively, to bring his side back into the game; but Pa Amat Jangum sealed the victory for Nac city in the 60th minute of the game to fit in the team’s preparing for the second round.

On Friday, Kanifing easily headed to the second round, when their opponent failed to show up at the pitch as they knew they were already out of the competition.

On the same day, Bayern Medics and Ceesay Garage played to a 2-all draw, which was enough to see Ceesay Garage advance to the next stage of the competition.

Ceesay Garage’s goals came from Alhagie Jallow from a penalty in the 20th minute and Pa Modou Nuang in the 25th minute of the game.

Strategic way of Operation Clean the Nation should be maintained 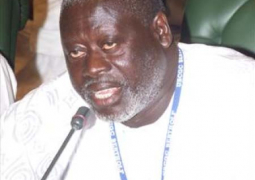