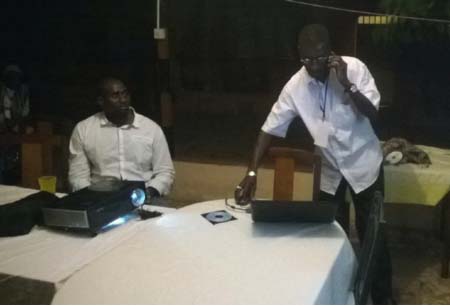 For more than 12 years a collective of freelance journalists, called “Rheinisches JournalistInnenbüro” and based in Cologne is trying to overcome the Eurocentric views on the history of World War II, supported by a group of researchers called “Recherche International e.V.”.

The first result of the research in 30 countries over a whole decade was the publication of the book “Unsere Opfer zählen nicht – Our victims don’t count” in 2005 (Four hard cover editions until 2014, fifth edition as paperback in 2015), followed by a special educational edition for teachers and school kids, which was published in 2008 (second edition: 2012).

On the 01st September 2005 during the 70th anniversary of the beginning of WWII in Europe (!), an exhibition on the forgotten role of third world countries and people was presented for the first time in Berlin at the Uferhallen to tour afterwards through more than 40 different cities in Germany and Switzerland, probably until the end of 2016.

Recherche International e.V., produced the English edition of the book “Our victims don’t count”, which was selected by 24 critics in Germany as the most important non-fiction book of the month, when it came out.

It is working to produce an English version of the exhibition (in a small format A1), so that it could be presented in English-speaking countries in Africa, Asia and Oceania. The English translation and layout of the exhibition is already available and used as hand-out for English speaking visitors of the German exhibition.

The dream of taking the exhibition outside Europe came true on Wednesday, 25 May 2016 when Prince Bubacarr Aminata Sankanu, prominent Gambian filmmaker and founder of the Cinekambiya International Film Festival (CIFF) organized a special event on the subject as part of the African Liberation Day and the second edition of CIFF. The event was a combination of photo exhibitions, screening of documentaries on World War Two and, discussions on the legacies of the veterans. It took place at the exclusive Rock Garden Apartments in the upscale Kerr Serign neighbourhoods.

Prince Sankanu says since most of the veterans live outside the urban centres, the exhibition will be touring the rural areas of the Gambia between June and December 2016. Another special highlight will be integrated into the third edition of the CineKambiya International Film Festival. Sankanu who is delighted and “grateful to Karl Roessel of Recherche International for supporting my plans of pulling this exhibition to Africa with The Gambia as the first stop” hopes to extend the project to other African countries with relevant connections to the Second World War. 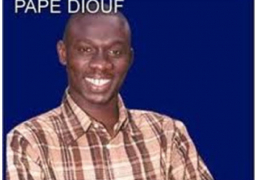