Camp for excellence in science, mathematics for girls kicks off

The Islamic Education, Scientific and Cultural Organization (ISESCO), in collaboration with NATCOM, is organizing a three-day camp of excellence in science, mathematics and physics for young girls.

Delivering the keynote address on behalf of VP Njie Saidy at a ceremony held at the Girls Guide premises in Kanifing, Hon. Fatou Lamin Faye, minister of Basic and Secondary Education, told the gathering that basic scientific knowledge forms the stable foundation on which all current and future technologies are built.

According to her, science and mathematics education and their applications are fundamental prerequisites for the advancement of economies and societies of all nations including The Gambia.

“This is predicated on the firm belief that basic sciences and technology underpin the pursuit of knowledge that leads to increased levels of improvements in human conditions, sustainable development and, in general, the advancement of civilization,” she said.

She said that planting the seeds of a scientific and technological education in schools will indeed germinate for every citizen, particularly girls and women to harvest as a valuable tool for investment.

She explained that President Yahya Jammeh has indeed been highly proactive in the promotion and utilization of science, technology and innovation in The Gambia since the birth of the new republic in 1994.

She added that his commitment to advance science, technology and innovation is demonstrated in the establishment of the UTG, the Kanilai Institute for Science and Technology and the overwhelming numbers of scholars that have been trained in the country and overseas.

“This science camp for girls is an initiative that is aimed at bridging the gap in excellence in science, mathematics and physics between boys and girls. The gender disparity in the number of performing students in sciences in basic and senior secondary education is enough testimony to support this venture,” she remarked.

Dr Mamadou Tangara, Minister of Higher Education, Research, Science and Technology, expressed gratitude to the organizers for organizing this kind of camp in promoting science and mathematics.

He noted that some of the best scientists and mathematicians in the world today are Muslims, which has been described as scientific miracles.

He said being a scientist is not only for men but also for women, urging the girls to build confidence in themselves.

For his part, Papa Toumane Ndiaye, a representative from ISESCO, said the camp will not only contribute towards promoting science education in young girls but will also provide encouragement, inculcate in them confidence and build their character.

He revealed that the event has marked the 9th camp of excellence being organised in The Gambia by ISESCO.

Yayah Al Matarr Jobe, acting Secretary General of UNESCO-NATCOM, in his welcoming remarks, said the camp for excellence will provide participants with an excellent opportunity to discuss girl’s participation in the field of science, technology and innovation in an attempt to redress the imbalance between both sexes.

The training, he noted, would enable the participants from the different educational levels and backgrounds to explore together the transformative potential of science, technology and innovation for improving girl’s access to education, health and economic resources in order to help them become active participants in developing their economy and society. 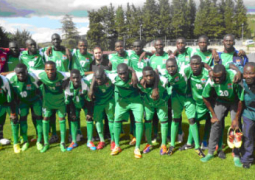 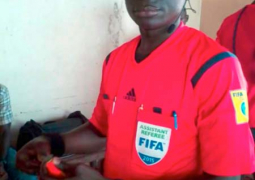