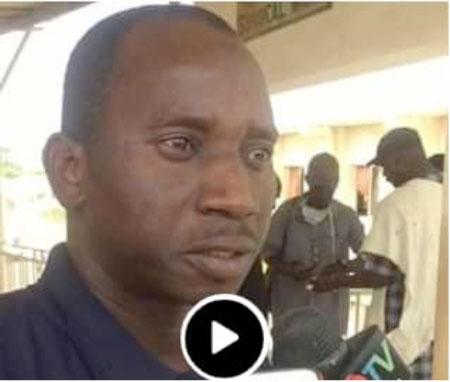 Chief of Operations Brikama Division, West Coast Region (WCR) Commissioner Muhammed Kanteh has been arrested and slammed with four count charges barely 11 days after blaming the police for a crackdown on peaceful protesters on 26 January 2020.

Government spokesperson Ebrima G. Sankareh confirmed to this medium that Commissioner Kanteh has been charged with two counts of abuse of office, one count of false information and one count of communicating with the press without clearance.

He added that Kanteh was awaiting disciplinary measures and trial.

He was arrested on 26 January 2020 and granted bail within 72 hours as required by the constitution.

He also said that Kanteh was arrested, detained and granted bail. He is now on interdiction.

According to Mr. Sankareh, commissioner Kanteh is now receiving house salary pending the outcome of his trial.

He also informed this paper that Kanteh’s file is now before the Attorney General’s Chambers for legal advice.

Recall: “I am not treated fairly and the president himself will know that Kanteh is not treated fairly because when Jammeh refused to step down, I took President Barrow from his house to my brother’s house, where he slept,” he reminded Mr. Barrow.

He claimed that his family was the target for the protest as two of his brothers were allegedly stabbed during the protest.