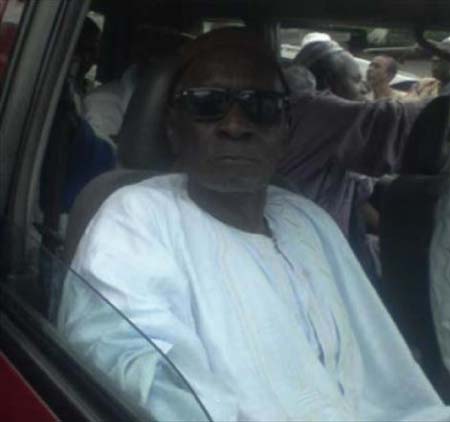 Justice O.U. Uduma of the Brikama High Court yesterday told the court that the ruling in the case of Muhideen Hydara, the Caliph General of Darsilameh, and Buyeh Touray, the village Alkalo, was not ready.

The ruling was on the appeal filed by the defence team for the lower court to stay proceedings in the criminal case against the accused at the Brikama Magistrates’ Court.

When the case was called, defence counsel LK Mboge said his clients (the appellants) were absent, as well as the state (respondent).

He reminded the court that the matter was scheduled for ruling on the application filed by the appellants for a stay of proceedings at the lower court.

However, the trial judge informed the court that the ruling was “not ready,” and adjourned the matter till 17 December 2014, at 10 am for the ruling to be delivered.

This ruling would decide whether the lower court would suspend proceedings, and the matter be referred to the Supreme Court for interpretation as requested by the defence, or allow the lower court to get on with the trial of the accused persons.

It would be recalled that pending the ruling, Magistrate Omar Cham is proceeding with the trial, after he declared that the lower court has jurisdiction to hear the case.