The Methodist Church, The Gambia

It's my privilege to bring you Easter greetings on behalf of the Methodist Church in the Gambia.

This is the most important festival of the Christian year, as the central theme of our faith is that Jesus Christ was raised from the dead and that his risen presence is still with us and at Easter we retell the story of how the women went to the tomb and discovered that he wasn't there and that the first disciples gradually realized that the cruel death of Jesus was not a destruction of all he spoke about and stood for, but a necessary prelude to resurrection truth.

When Jesus was sentenced to death and when he was hanging on a cross alongside criminals, it looked as if that was the end of his ministry and the defeat of his message. Here he was, humiliated, ridiculed and tortured and those who had said that his message was blasphemous and those who feared that he and his disciples were revolutionaries who would upset all the existing structures of power and 'authority must have thought that they had won and that they would no longer have to put up with his teachings and his radical ideas about the kingdom of God. But how wrong they were. Today over two thousand years since this all happened his teachings are still revered and Christianity remains one of the major world faiths.

'It Is Finished' - Defeat or Victory?

Over this past week Christians have recalled again the last days of the earthly ministry of Jesus and on Friday we were looking at the last hours of his earthly life when he was dying on the cross. The words in John's gospel recount that in the last moment before he died that "Jesus said 'It is finished' and he bowed his head and gave up his spirit."

Now, those words 'It is finished' can either be taken as a cry of defeat or a cry of victory.

If you lose your job - or a relationship ends - you can say 'it is finished' meaning it's all over and done with - life now goes on in a. different way and you live with the loss. However, if an artist has been working on a painting for months on end, or a carpenter has been making an item of furniturewhen the last brush stroke of the artist has been made or the carpenter has put in the last nail - then 'it is finished' takes on a different meaning - the work is complete, what the artist or the craftsman set out to do has been achieved.

The last words of Jesus, 'It is finished' express triumph rather than defeat. Jesus bowed his head and gave up his spirit, knowing that what the Father had sent him into the world to do, had now been accomplished. There was nothing else to be done - and what looked like defeat to those who were nearby, was in fact victory - and the resurrection was the inevitable consequence of the cross of Jesus.

The Resurrection Message is For All

a. Living as God Intends Us to Live Brings a Sense of  Accomplishment

This Easter I would like to make two observations on how this message can affect each one of us.

The first is that the sense of accomplishment that Jesus had when his life ended is, I believe, how God wants us to feel about our lives. If we just work for the adulation of people around us, or if everything we do is just to satisfy our own selfish greed - then we will always feel despondent and depressed for we know that we can never please everyone and there will always be something else we will want - but if we accomplish everything that God has given us to do, then God's plan and purpose for our lives has been accomplished and we shall have used the minutes, days, months and years that have been entrusted to us in the way that God wanted us to and that will make us feel much more worthwhile than often we do and will ensure fulfilling lives for us all.

b. Resurrection - the inevitable consequence of living as God intends

The second is about the inevitability of the resurrection. If we look around us and just see what is wrong with the world then we will find it difficult to feel any sense of joy, because we are not looking beyond the immediate we are much more likely to observe death, not resurrection - a cross, not an empty tomb.

To use a sporting analogy - in football you can never say that one team is inevitability going to win a game - anything can happen, right up until the final whistle and often you find that the winning goal has been scored in the dying moments - shattering everyone's expectations. However, a good chess player can see dozens of moves ahead - and there can come a point - maybe' eight or ten moves before the end that a player knows that there is the inevitable consequence of victory no matter what the opponent may try to do.

If we realize that there are inevitable consequences of living the life that God intended us to live - then we will know that light follows darkness, joy follows pain, hope can come from defeat and life can come when we can see no further than death.

This is not just saying 'every cloud has a silver lining', nor is it mere wishful thinking because when we talk of 'resurrection' we are not just referring to an historical event but we believe that resurrection is founded in truth and proved in our experience - where we can know that love is stronger than hatred, goodness is stronger than evil and life is stronger than death.

In a world where so many people live and die in hopelessness. Where people are poisoned by cynicism and defeated by disillusionment we tell our story of resurrection and if, like the Apostle Paul, when we review our life's story, we can say 'I have fought the good fight, I have finished the race, I have kept the faith' then we will know the joy of living life in all its fullness and the victory of Easter.

So, on behalf of The Methodist Church, I wish you a very Happy Easter and pray that we may share the joy that this season brings. 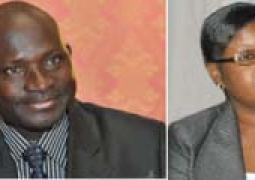