The criminal trial involving one Ebrima Njie proceeded on Monday 24th August 2009, before Magistrate Badou Jobe of the Kanifing Magistrates' Court with the testimony of the first prosecution witness, one Abdou Hydara.

Testifying before the court, Abdou Hydara told the court that he is a resident of Latrikunda German and a businessman. He adduced that he recognised the accused person, and could recall on 29th July 2009.

He told the court that on that fateful day, he parked his vehicle at his compound gate and entered the compound, only to be informed by one of his neighbours that the windscreen of his vehicle has been broken into.

He adduced further that the suspect was apprehended at that spot and taken to Serekunda Police Station, together with the photograph of the windscreen.

The particulars of offence state that, the accused Ebrima Njie on 29th July 2009, wilfully and unlawfully damaged the windscreen of a vehicle, with the registration number KM 3166B, valued at D50, 000, being the property of the said Abdou Hydara. 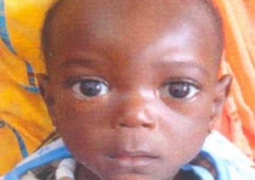