“While the future of the planet and its people is at stake, politicians, government officials and diplomats involved in climate negotiations have been busy arguing over words, speeches and processes.

While the world continues to get warm and heat waves and droughts intensify, parties to the UNFCCC seem to have regressed in their ambition to adopt strong, but beneficial measures.

While science tells us we can still avoid the most dangerous changes through real ambitious actions it also tells us that time is running out.

Instead of facing this challenge, the international negotiations seem to be relegated to fighting over fragmented and ineffective solutions through isolated, independent and disconnected actions.

We all have invested a lot of time and resources in this process, for the past years deserve to achieve concrete outcomes that can effectively address this urgent issue of global warming,” said Mr Prakash Mathema, chairman of LDC group.

He said any delay in global climate action will lead to greater adverse effects and there are absolute needs to increase adaptation strategies as well as more serious residual and permanent loss and damage in the least developed countries.

The most rational way to move ahead is to acknowledge the scientific evidence and act accordingly, he said.

“The evidence tells us we must act fast,” he added.

He noted that the LDC Group had arrived in Bonn with high hopes and expectations that the Parties at this session will accelerate intensify and deepen the work to concretely elaborate the content of the new 2015 agreement.

“We expect that this session will initiate discussion and further clarify the domestic preparations for intended nationally determined contributions, elaborate on the opportunities for raising pre-2020 ambition and agree on the next steps for both work streams of the Durban Platform to make the year 2014 ‘year of climate action’ as said by the UN Secretary General,” he stated.

The LDC lead coordinator for ADP, Pa Ousman Jarju, said: “We as Parties must renew our commitment to contribute positively to this session as quickly as possible to deliver tangible outcome under ADP processes.”

Slow progress in ADP will have serious consequences to achieve global warming well below 1.5°C, he said.

“We still believe that only commitments that are legally binding and negotiated through the UNFCCC should be included in the new Protocol to be agreed in 2015,” he stated.

Onduri Machulu Fred, Vice chairman of the Advisory Board of CTCN and coordinator for technology development and transfer, pointed out that the cost of reaching the 1.5 degrees as called by the most vulnerable countries is rising day by day. 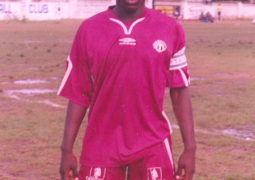 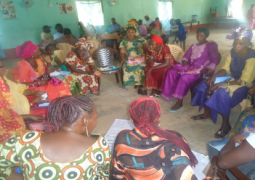